Let's hear it for the girls

Blaire Apu'ula is only 11 years old, but she already knows what she wants - more girls playing rugby.

Normally, when Blaire takes the field on a Saturday morning, she's one of maybe two or three girls in her team.

But last year she decided to change that and delivered a speech encouraging more girls to join in and play the sport she loves.

She said she wanted to tell her classmates that rugby is a sport everyone can enjoy to play, not just boys.

"Last year, at my old school at St. Ben's, we would always do a speech every year and last year I wrote about women's rugby and what it's like for girls to play rugby," she said.

"I wanted to tell the girls in my class that it's not scary, it's heaps of fun and more girls should play rugby." 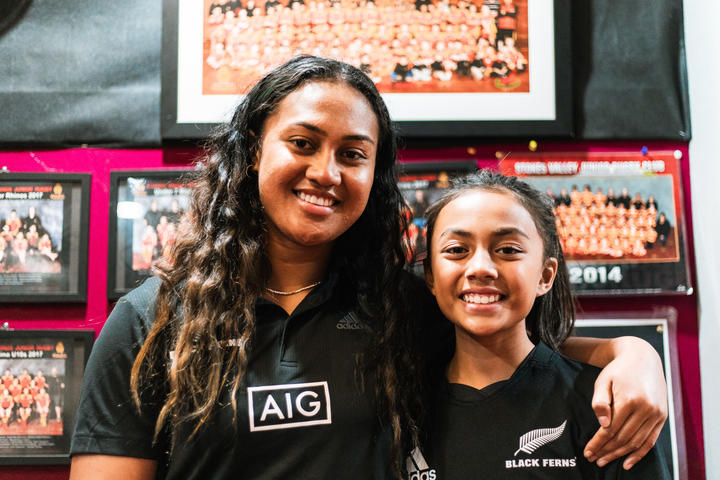 Blaire's call to arms is working. Now she's one of five girls in the Stokes Valley under 11s team.

RNZ Pacific headed along to a training session, and surprised her with a visit from her favourite player in the world champion Black Ferns, Monica Tagoai.

After listening to Blaire's speech, the New Zealand international said the future of women's rugby was looking bright.

"It's so inspiring for an 11-year-old girl to be talking about herself playing a sport that's male dominant, and for me it tells a lot for us girls who are playing right now, who battle each day with being recognised by the community," she said.

"I guess we're doing something right for Blaire to be able to have the confidence to speak about herself in this position, in rugby."

Blaire has been playing rugby since she was six years old and dreams of one day playing alongside her heroes in the Black Ferns.

Blaire's mum and secretary of the Stokes Valley junior rugby committee, Julia Apu'ula, said she was proud to see her daughter advocate for women in sport at such a young age.

"[I'm] definitely very proud. She's done really well, and we were glad that she was able to talk about something that she obviously loves," she said. 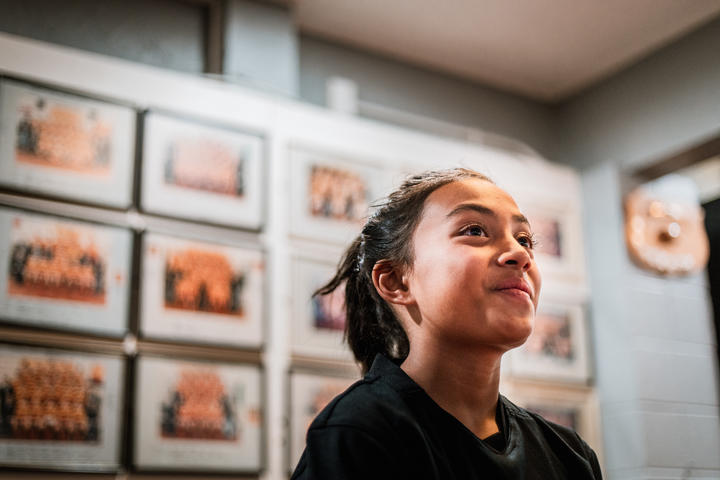 "This season alone, we've had over 100% growth in our junior rugby club, so that's over 100 brand new players, and a big majority of those are girls so it's really awesome to see."

While Tagoai developed her rugby skills in high school at St Mary's College, the 22-year-old said she felt honoured knowing they were creating a pathway for young girls like Blaire.

"I feel honored, I feel really inspired that someone her age, young girls are watching us, because we don't usually get recognized that sort of way, but for her to be able to do that [speech] and to acknowledge us, makes us really happy and really proud of playing rugby for them."

"Women in rugby has grown rapidly over the years and it's really inspiring to see how young the players are coming through, like Blair, she's another young one coming through as well, so I'm really excited to see what the future holds for women in rugby."

She encouraged girls to "keep breaking those stereotypes."

While Blaire's on a recruitment drive to get more girls involved in New Zealand's national sport, she's also calling for the national women's players to be offered professional contracts.

"They're one of the top successful teams in the world and they're only semi professionals not like professionals, but it would be great if they can be full time rugby players like the men."

Something she hopes has changed before she laces up for her first professional match.

"Women's rugby isn't as popular as men's rugby yet," but with the rugby world at her feet, Blaire Apu'ula is certain the men are in for some tough competition. 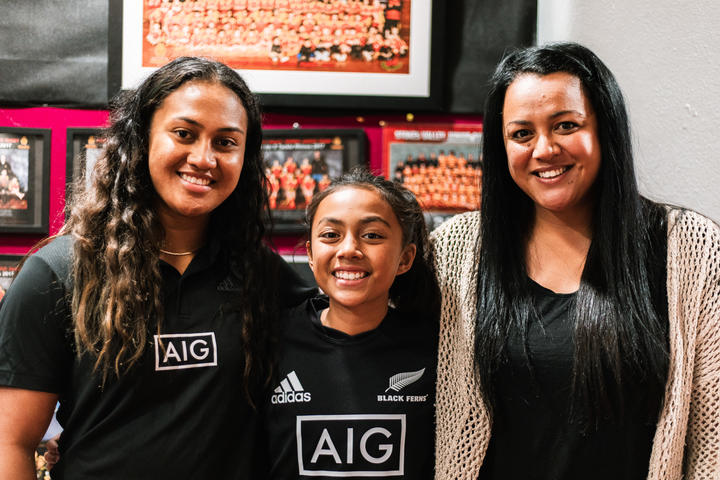