Life after sport: Pasifika athletes changing the narrative on and off the field

From match-winning tries and buzzer-beating buckets to missed putts and double faults -  there are few jobs that can offer the same exhilarating highs and crushing lows as professional sport.

But what happens when it all ends?

While some top players get to go out on their own terms, that's not always the case, with athletes just a serious injury away from having to contemplate an all-new career path.

It's been almost 10 years since All Blacks loose forward Ardie Savea left school and was propelled straight into the New Zealand Sevens squad. 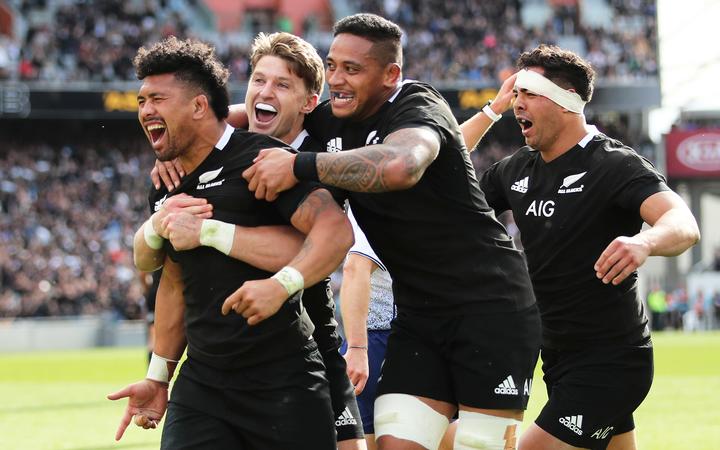 Ardie Savea celebrates a try for the All Blacks in 2020. Photo: Photosport Ltd 2020

Selection for the Wellington Lions and the Hurricanes quickly followed but the 27-year-old admitted that when he signed his first contract, the idea of life after rugby wasn't on his radar.

"To be be honest, when I made it straight out of school, post footy was probably the last thing that was on my mind, my initial thought was 'I made it'," he laughed.

"For me, being a small kid that had never been on a plane to be able to go to travel to places like Paris, and Las Vegas, I just thought it would never end."

The Hurricanes captain always had creative interests outside of rugby, but said he didn't think of it as a potential career path until he was older.

"Since I was young in college, I think I was doing other stuff outside of footy, but not knowing that's professional development in itself. For me, I was having those thoughts before I even became a rugby player, it was just who I was.

"What I wanted to do post footy just happened naturally, before I became a father. I've got a creative mind and ideas go through my head non-stop, so I'm always thinking about doing things outside of footy." 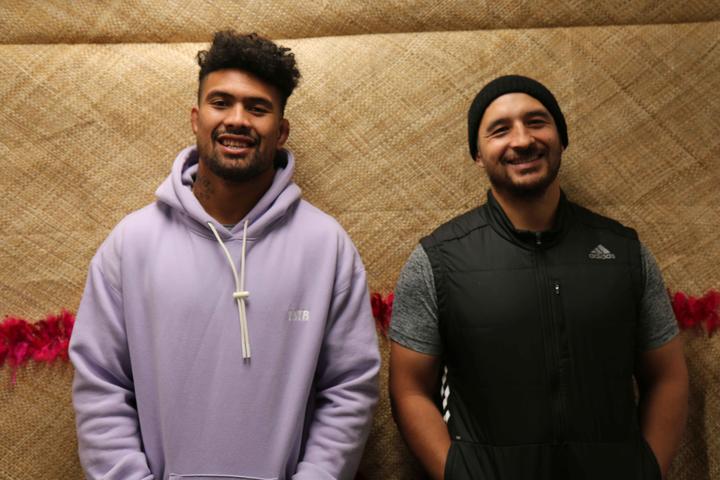 He said older Pasifika players with the Hurricanes and All Blacks environment also helped guide the way, with "golden nuggets" of knowledge.

"Victor Vito was a man that was real big on his professional development, and as a young fella I was like, man, I want to learn off this guy and I stuck around and hung out with him for coffees and just got used to his chats around property investments, even though I didn't understand it...I was just shaking my head like yeah yeah," he said.

"But now that I'm older and I'm buying property, now I'm like, that's what Victor was talking to me about and I started to understand."

Savea said having those relationships were important to his own personal development, and he hopes to pass that knowledge onto others, particularly Pasifika athletes. 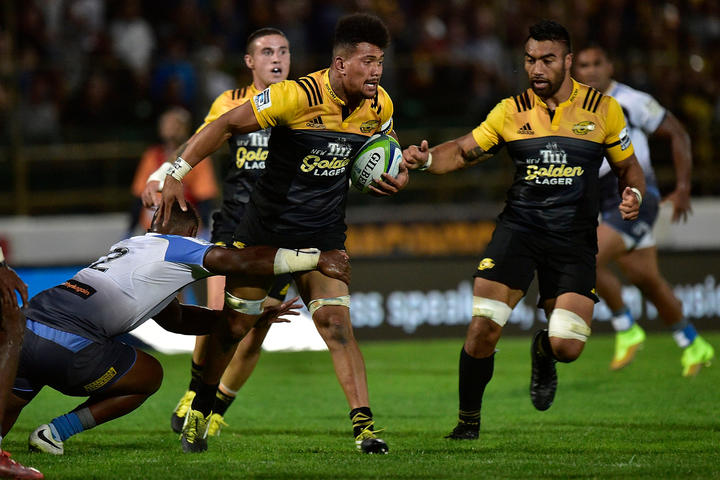 Ardie Savea and Victor Vito in action for the Hurricanes. Photo: Â© www.Photosport.nz 2016

"My big heart and passion is around our Pasifika athletes that come through and just trying to share my knowledge and my journey. Not all of it, but just those little golden nuggets," he said.

"Part of it is just about dropping seeds, they may not listen now, but when they get older and wiser it may hit them and they go 'oh, that's what he was on about'...I'm just pretty much doing what the older generation did for me and just trying to pass it down, but you do get a few athletes that come in and just ask around different areas and so it's pretty special and it's awesome to be in that position."

Hurricanes Professional Development Manager, Arden David-Perrot, experienced life as a professional player in New Zealand and England, while juggling rugby and study to complete a BA in Education with honours.

He said initially university was a short cut to get out of working, but after crossing paths with influential Pasifika people, he was motivated to do better.

"When I was coming up we had an academy where we had to choose work or study, but I was looking at all the guys that were working and they looked tired because we had to get up early, so I was like, I'm not doing that," he quipped. 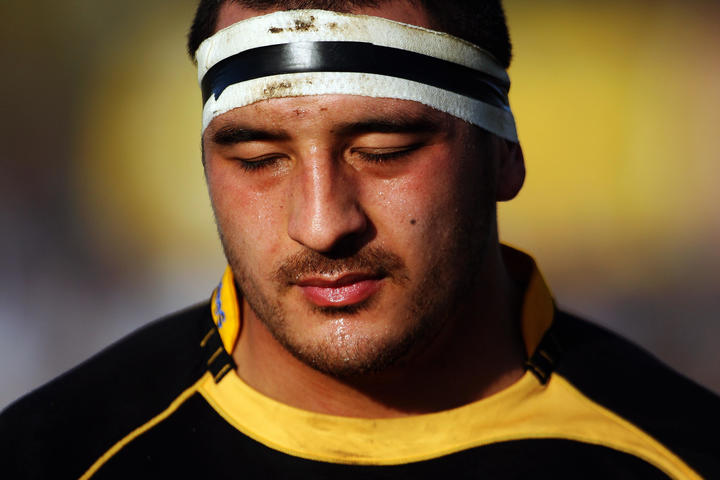 Arden David-Perrot in action for the Wellington Lions in 2009. Photo: www.photosport.co.nz

"I was only up there to muck around and just bide my time but the one of the lecturers, Teresia Teaiwa, who's passed away, she just said that she had seen so many rugby players come up here and just bide their time and then leave.

"She said: 'It'll be really influential to our people if actually one of you guys just came up and did really well' and that really moved me in a way that like...I've never had someone say that to me before and so I just nailed down to do both."

"Access and opportunity is more open now in terms of stuff they could run their own personal brand through social media, which we never could back in the days, so guys are definitely more prepared." 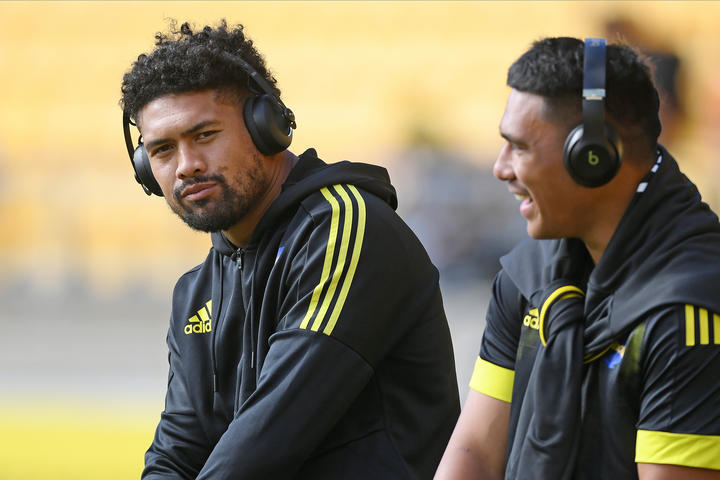 "I think education from a younger level is there so guys have access to PDM's [Professional Development Managers], and guys like myself earlier in their days, and so they're already putting plans into play whether it's about education, business, career, culture, whatever they want to do, they're already making strong plans to get that done."

Ardie Savea is involved in a range of off-field ventures: a clothing label, podcast and 'The Uncommon' media platform. The 49-test All Black encouraged all sportspeople to explore opportunities off the field, but said that can sometimes be perceived in the wrong way.

"I think the hardest [part] about being a leader in both the teams is that being creative and having variety and professional development can sometimes be seen as a bad thing, because you're not focused on rugby as much."

"You would have seen the stuff that me and Ngani [Laumape] posted around our partnerships with brands, and obviously, the Canes are losing, so a lot of people are blaming us focusing on that too much and not focusing on rugby...the challenging bit is how do you balance that and deal with outside perceptions and noise, but that's a journey that I think will continue to be a forever journey."

Take charge of your own narrative and story. No one knows your journey better than you.

Vision it, write it, produce it
#dreams

David-Perrot said people like Ardie Savea were paving the way, and players have big dreams beyond the white lines of a rugby field or netball court.

"One person's come up to me and said they want to own a McDonald's...I've got guys who run landscaping businesses, who work on their family farms, it varies and my role is just to make sure that these guys get any support they need for that."

"I think in this role, I'm blessed to say that I've done both and can speak into them. The fact that you know, I never had education as something that I could honestly say that I was good at, but I just made it work and it's worked for me, and it's helped me get this role, but it's also just helped me change my life in other different ways."