A powerhouse on the field in both rugby and rugby league, Mele Hufanga is aiming to tackle the health challenges of Pasifika head-on. 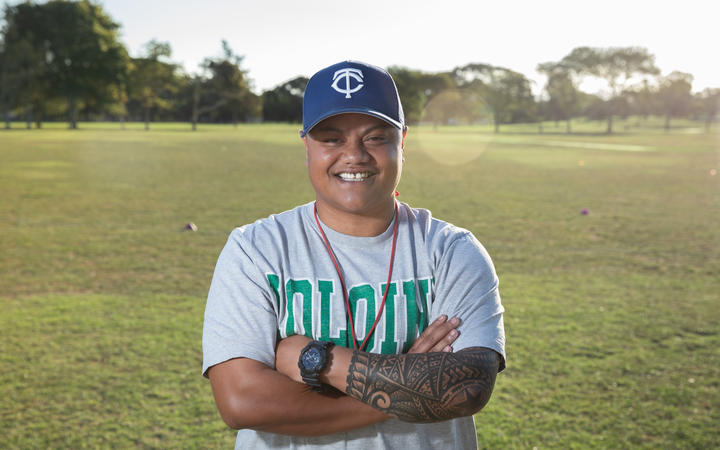 The 26-year-old was running bootcamp-style challenges alongside her brother Patrick Hufanga, founder of Beastmode Fitness.

Over 110 people signed up for the recent six-week challenge, all of them Pacific Islanders.

"It's basically about bettering yourself in life...it's a challenge for people who come from different forms, shapes and sizes, just for us to push them to have a better life, a healthy life," she said.

Diabetes struck Pasifika at twice the rate of the general population, with a quarter of Pacific people in New Zealand on track to becoming Type-2 diabetics by 2040.

The Tonga women's rugby league international said watching their mother struggle with diabetes had been the inspiration to helping others live a more active and healthier lifestyle.

"Being a PI, Pasifika person, it's not fun at all knowing that your own [family] member has diabetes, especially [when] your mum is diagnosed with diabetes type two," she said.

"That motivates me and my family to get out there and do something like this. The last thing we want is for other people to go through what we're going through." 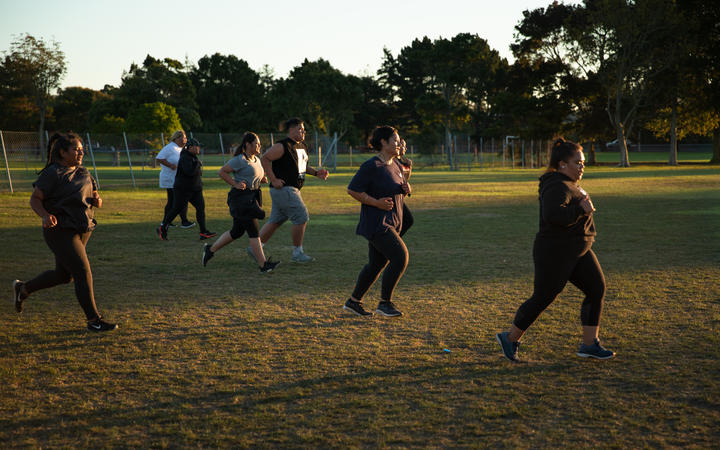 Her brother Patrick hoped these challenges would create awareness of the epidemic Pasifika were facing while helping prevent obesity and diabetes rates from growing.

"Our Polynesian people are going through obesity, diabetes, you know you walk into any doctors around here in South Auckland, and it's packed full of our people and it's mainly because of that," he said.

"I saw that [struggle] through my mother. She went through diabetes and all that, so it was time for me to start changing people's lives but that's my hope of it and that's the main cause of this training stuff, that's why it's very important for me and Mele to do this."

Mele said it was about doing what was right for the next generation. 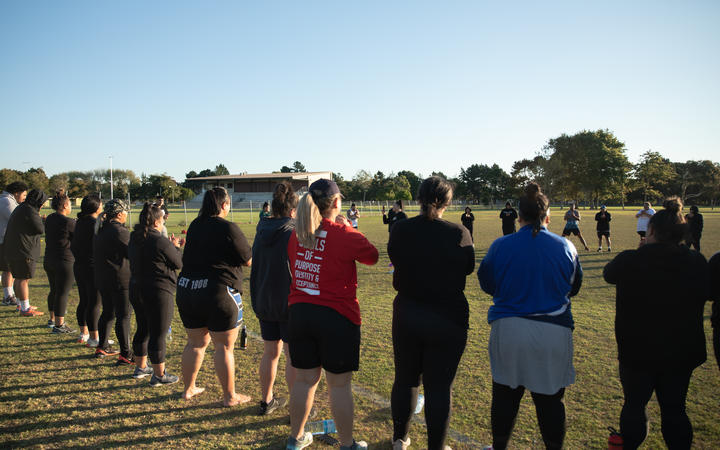 "Those are the people that we want to help more and push them to not become diabetic and for the next generation as well. Most of these people in this challenge are married, some of them don't have kids, some of them do have kids but at least they know that they don't want their kids or their next generation to go through what they're going through."

Participants were expected to attend at least three training sessions per week, with the Hufanga siblings holding sessions six nights a week at Māngere's Centre Park.

Mele said people had joined for different reasons, but there was one success story which kept her going.

"I had this one girl who told me her and her husband were trying to have kids, but she couldn't because she needed to lose weight. She was almost at the line of being diabetic. After 10 weeks, she was told she wasn't on the mark of being diabetic and she fell pregnant as well."

"One thing that my mum has taught me in life, the saying in Tongan is: 'ae kataki ke lahi', and that means even though times get hard, times get tough you know just give it your all. These challenges motivate me knowing the fact that I've got nothing in my hands but if I give my all to people, give my time and commitment to them and if I believe in them, anything could happen.

"...that's why it's important for me to do this. I'm not a professional. I'm not a personal trainer, I'm not a nutritionist, but I'm helping in a way I know I can."

The captain of Auckland's Marist Rugby Club had been involved in a number of campaigns, but she said her time in the Tongan camp highlighted the importance of culture.

She believed the fitness challenges had been a success because they were driven by Pasifika values. 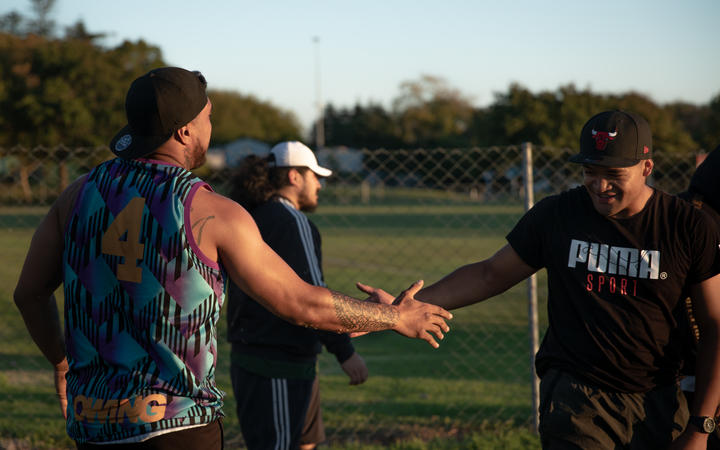 Patrick said he was overwhelmed with how many people were giving their bootcamps a go.

"To be honest, I had to think about it twice getting her [Mele] to jump on board, but...she's a bit more famous than me out on the sports world out here."

"She's a really good speaker, especially a good trainer and she brings the vibe to everybody and she pushes people to the limits. That's the main thing about Mele, she can push you to your limits with no excuses at all." 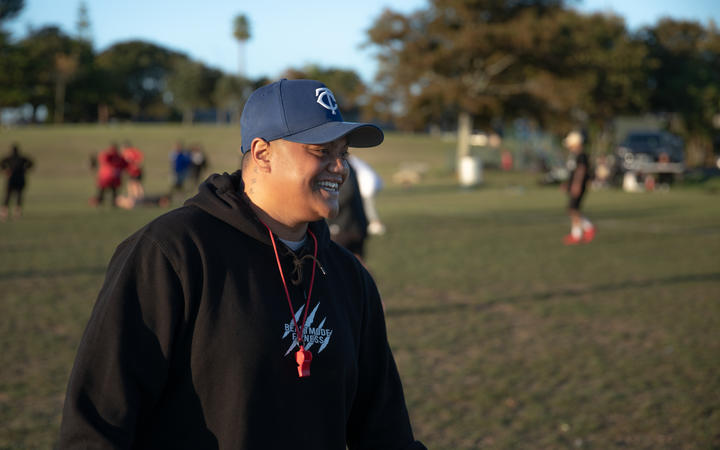 He was also stoked to see the South Auckland community come together to work on their health and fitness as a team.

"Me and Mele didn't expect everyone to come back on the second week, so I guess we're building the culture around not just training but getting people to vibe together. People are coming from Māngere, from Manurewa, all over South Auckland, so everybody's vibing together and just making new friends."

In 2015 Mele Hufanga scored a record 16 tries for the Auckland Storm as they went on to win the New Zealand women's provincial rugby title.

But the former Black Ferns squad member said there was one record she wanted more than anything.

"I just want to see improvement from everyone. I'm looking forward to proving them wrong because I know a lot of them are doubting themselves, and I want to see them realise they did this, they ran, they did the workouts and they're putting their health first.

"I know that we all come from different walks in life, but you know that little help that we have put into this challenge to help others be better, it means a lot to us to witness people that have never trained in their lives, to rock up and try something new, get out of their comfort zone and I think that's that's what motivates us to do what we do."