Tongan discus star aiming to lift off in new sport 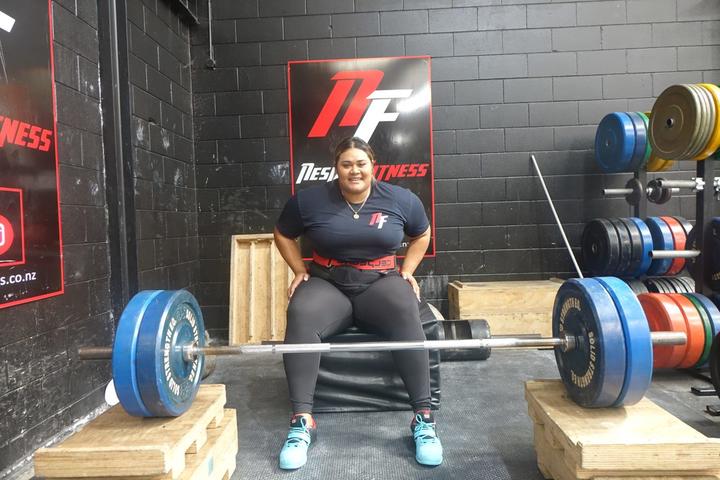 The 27-year-old is a five time New Zealand women's discus champion and placed fourth at the last two Commonwealth Games, but after entering the Auckland Strongman Series, the New Zealand-born Tongan said she was hooked on a new sporting challenge.

"I've been doing track and field for quite a long time, since I was 12-years-old. I started travelling the world at 14 [and] it just got to a point where my love for the sport started fading away," she said.

"I decided to enter the Strongman Series because I knew I was strong, I just didn't know how strong, and my love for the sport and lifting heavy just grew ever since."

Hakeai entered her first New Zealand Strongman Series competition in 2019 where she picked up a New Zealand record for lifting 237kgs. By the end of 2020, she broke the New Zealand and Oceania women's deadlift record at 270kgs.

But with the women's world record sitting at 290kgs, Hakeai said the work was not over.

"Prior to that competition I only ever lifted 260kgs and I sit back now and I regret not putting 280kgs on the bar because the movement of the 270kgs was quite quick," she said.

Afraid of how they might respond to her new found passion, Hakeai refrained from telling her parents about her participation in the the record-breaking competitions.

However a video posted online quickly gained attention and it wasn't long before her secret was out.

"They found out through a video on Facebook," she admitted. 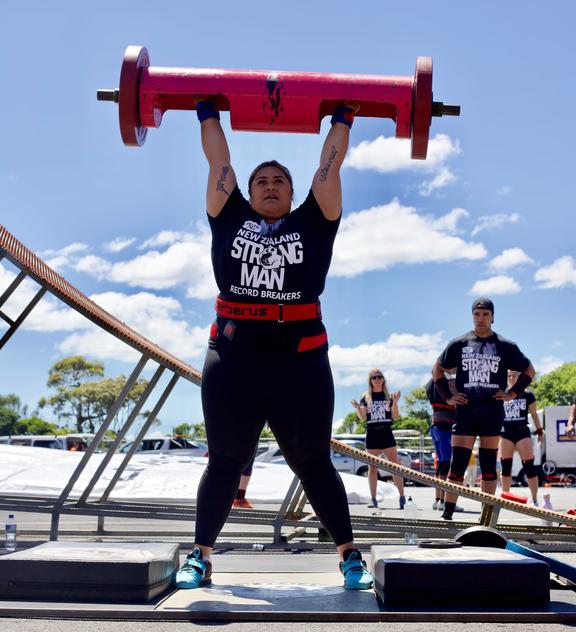 "At first my parents weren't too happy because I've been doing athletics for such a long time and me doing well in athletics isn't just for myself but it's for my parents and my family."

"It kind of took a toll on them but then when they saw the potential I had in lifting, they're a lot more supportive now. Mum's always checking up to see if my back is all right or if I need extra massages, and dad is just making sure that I'm not overdoing it and I'm not trying to smash it so hard where it's going to affect me long-term."

Hakeai said Pacific Islanders were naturally strong, and it was encouraging to see more Pasifika participating in weightlifting sports.

"I see a lot of islanders getting into lifting and so they should be because it's in their nature, they're naturally strong, [and] that's what we're good at," she said.

"I love seeing females throwing those irons around in the gym and not being afraid to go in there and lift, and not sticking to the cardio machines... I like that I can inspire people, especially girls, to give it a go and just showing guys that us girls can do what they can do, sometimes even better."

While Hakeai aimed to break new records, she indicated her time doing discus wasn't over yet, with hopes to one day represent her island nation.

"If I can represent New Zealand in lifting and Tonga in track and field, that's my ideal goal...I don't know if I can represent both, but that's definitely something I'm going to be looking into."