Adrian Lam and the day the Kumul tamed the Kangaroo

The former Kumuls player and coach tells us about turning down the Kangaroos and the joy of watching his son follow in his footsteps. 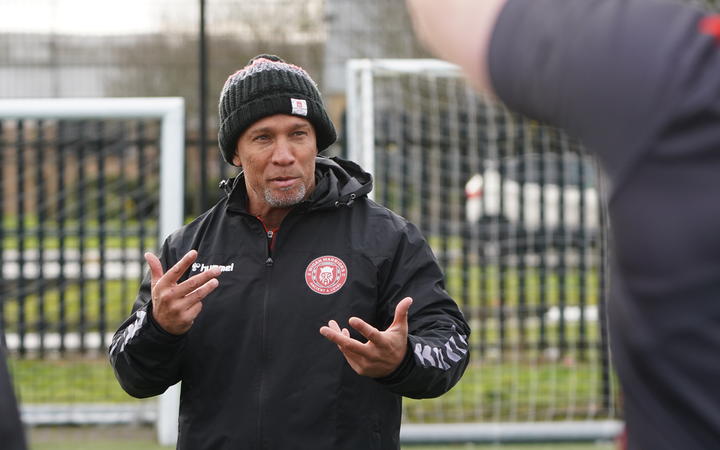 Adrian Lam is now in charge of his former team Wigan. Photo: Supplied

Adrian Lam had dreamed of playing rugby league for Australia. But when given the chance the Rabaul-born halfback said he couldn't turn his back on Papua New Guinea.

With a mother from Liverpool and a Chinese-Papua New Guinean father, Lam was born in East New Britain in 1970 but moved to Brisbane with his family when he was seven.

It was in the Sunshine State where his rugby league career began and Lam said representing Queensland in the State of Origin had always been a goal, even if he didn't fancy his chances of usurping the legendary Allan Langer.

"In 1994, the year before I got selected for Queensland, Papua New Guinea approached me to play in a test match against France and I just thought it was an opportunity I couldn't pass up and thinking I might never play for Queensland or Australia.

"...but then through the Super League war they needed players to play that were qualified for Queensland, so just purely by opportunity I got that call-up and the way that all unfolded was just a dream come true really."

A year on from his Kumuls debut, Lam played a key role as the Maroons swept New South Wales 3-0 in the 1995 State of Origin series. 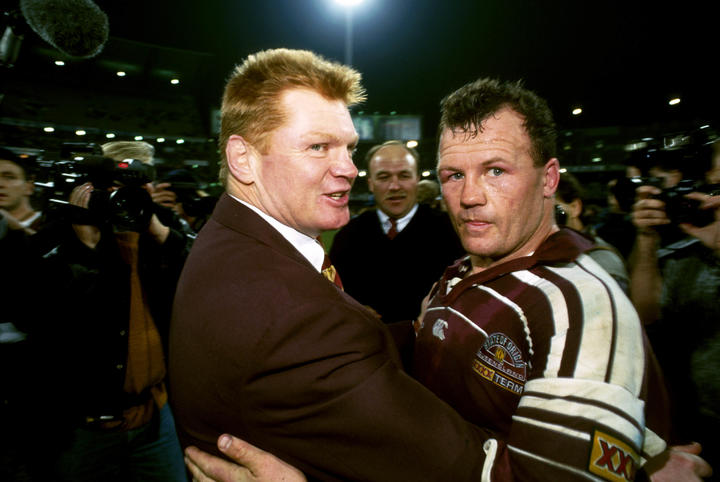 The Sydney Roosters playmaker went on to represent Papua New Guinea at the 1995 Rugby League World Cup in the UK but revealed he was offered the chance to fulfil his childhood dream and play for the Kangaroos.

"Not many people know but I got a phone call from Bob Fulton who asked me if I'd make myself eligible for Australia, though I'd played one test for Papua New Guinea the year before," he recalled.

"I asked him to have 48 hours and I went and spoke to my family about it - my mother and father -  and my manager, and at the time I just felt really loyal that Papua New Guinea gave me an opportunity and because it was the Super League war I knew that the Allan Langer's would eventually come back to the team for the Kangaroos."

"I ended up ringing Bozo two days later and just said to him I'm going to make a decision to stay loyal to Papua New Guinea, because he said to me at the time that I would be in the Australian team, and I don't regret one day of that, to be honest with you.

"It would have been nice: as a kid, I think I dreamt of playing wearing the Australian jersey but when I pulled that Papua New Guinean one it just made me realise I felt that they needed me more than what Australia would have." 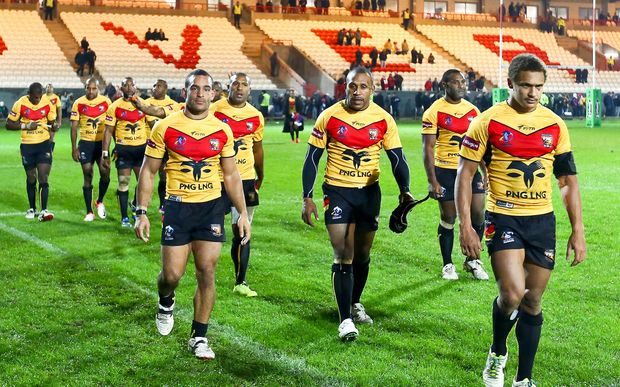 After playing in two World Cups, Adrian Lam coached PNG at the 2008 and 2013 tournaments. Photo: PHOTOSPORT

Lam went on to captain the Kumuls at the 2000 World Cup where they beat France, South Africa and Tonga to advance the quarter-finals for the first time, before coaching them at the next two events in 2008 and 2013.

"I think the 2000 World Cup, where I was captain, was the first Papua New Guinean sporting team to make a quarter-final of any World Cup, so that was quite an honour," he said.

"I remember coming back to Papua New Guinea to like a ticker-tape parade where there was thousands and thousands of people on the road, proud of the team and the country obviously."

"I've had a really good time up there of helping the country develop in certain ways: helping initiate the Queensland Cup team that won the competition a couple of years ago, set up development offices throughout the country - so I've done a lot up there where I feel like I've done my part now.

"...there's been a lot of challenges along the way but there's been some really good times and moments that I'll never forget."

Eldest son Lachlan has followed in his dad's footsteps with the Roosters and Papua New Guinea. 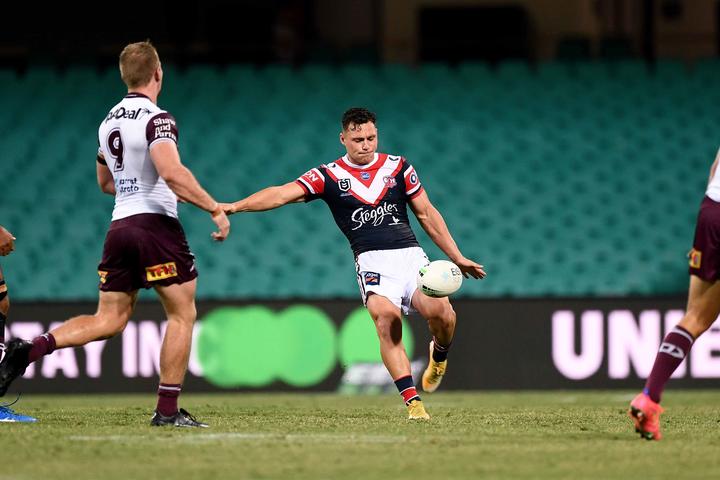 The 22-year-old, who plays in the halves just like his old man, represented New South Wales and Australia as a schoolboy before switching his allegiance to Queensland in 2014 under the newly introduced 'father-son rule'

"Lachlan's since played Queensland Origin 16s, 18s and 20s now. In the 18s he ran out with the number seven on his back and it was just so surreal, at Lang Park before Origin Two about four years ago I think.

"That was a real magical moment and now he's forging his own way with the Roosters.

"...he's a lot more skilful than what I was. He's got a bigger size so the only thing I can get on him now is that I was a smarter player than him but that's proving to be not right sooner or later anyway too but I've got a younger one now who's about to sign a two year deal with the South Sydney Rabbitohs, Bailey, so he's coming through the program now, so he's 19 now." 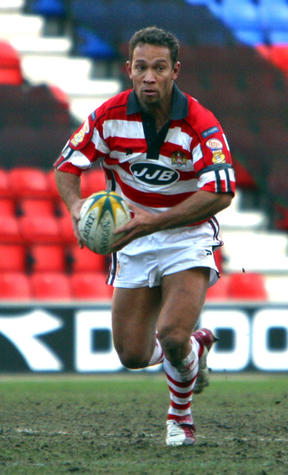 A much younger Adrian Lam in action for Wigan in the early 2000s. Photo: Supplied

Lam has experienced NRL life as a player, coach and father and believes it's a lot tougher for today's generation because of the public, with players now under the microscope every minute of the day.

Having coached at the Roosters and with Papua New Guinea, Lam returned to another former haunt in 2019 as head coach of Super League giants Wigan.

Lam led the Warriors to the 2020 Minor Premiership and the Super League grand final against St Helens, where he was left distraught after St Helens scored a try after the full-time siren to snatch a dramatic 8-4 victory.

After a year punctuated by agonising losses and Covid-19 lockdowns, Lam is looking forward to the return of top-level competition next weekend.

"That pain I guess is still there...we're a lot better than we were this time last year and I'm really confident we're in a good place to be in the big games again this year."