Unlike rugby, league and netball, cricket has traditionally struggled to capture the interest of New Zealand's Pasifika communities.

Murphy Su'a paved the way in the early 90s, while Luteru Ross Poutoa Lote Taylor remains an integral part of the current Black Caps side. 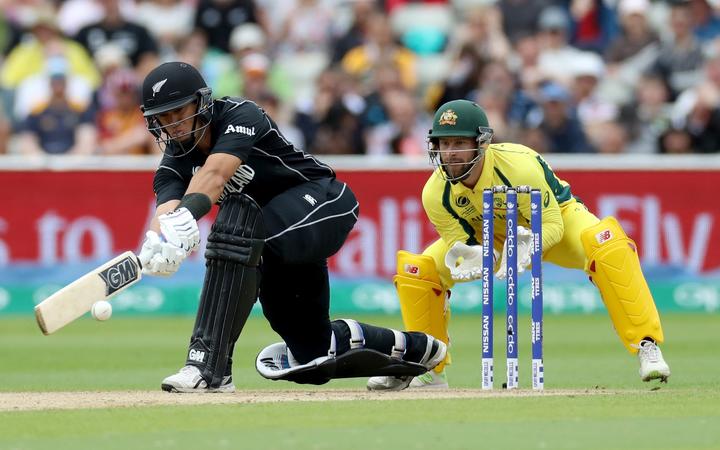 Ross Taylor is a mainstay in the Blacks Caps side. Photo: Photosport

But in 2021 Māori and Pacific people comprise just 6.68 percent of the grassroots cricket population in New Zealand, up from 5 percent three years ago.

However, in clubs and schools around the country a quiet revolution is gathering pace. 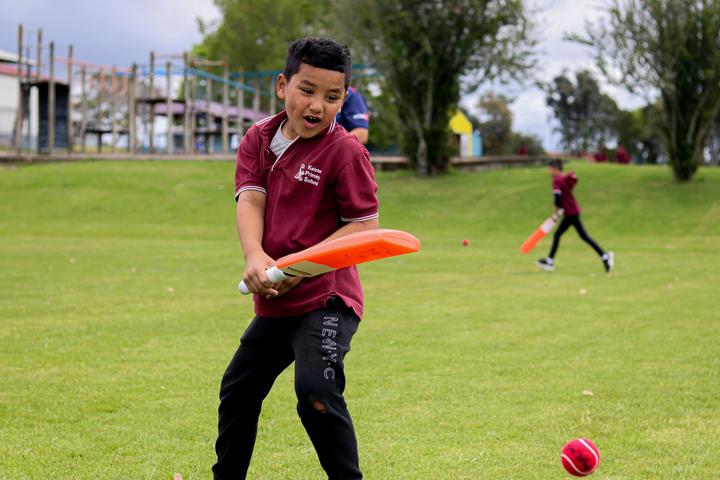 BatFirst aims to put a bat in the hand of every Year 3 child attending a Decile 1-5 school in Auckland. Photo: Claudia Raven - Auckland Cricket

Seventeen months ago, Carol Agafili had never played traditional cricket. But that all changed when she heard Samoa women's captain Regina Lili'i speak at the McAuley High School Sports Awards in 2019.

The Kiwi Samoan teen is now a regular at the Papatoetoe Cricket Club, where Lili'i works as a women's development officer, and earned a call-up to last year's Auckland Under 17 women's team.

"She wants to become a police constable so she's doing a pre-police course now but she's coming in here and practicing two or three times a week for cricket, maybe more sometimes. She probably would if we let her."

When Wood first joined the Papatoetoe Cricket Club he wanted to find out why so few Māori and Pasifika in South Auckland were giving the sport a second glance. 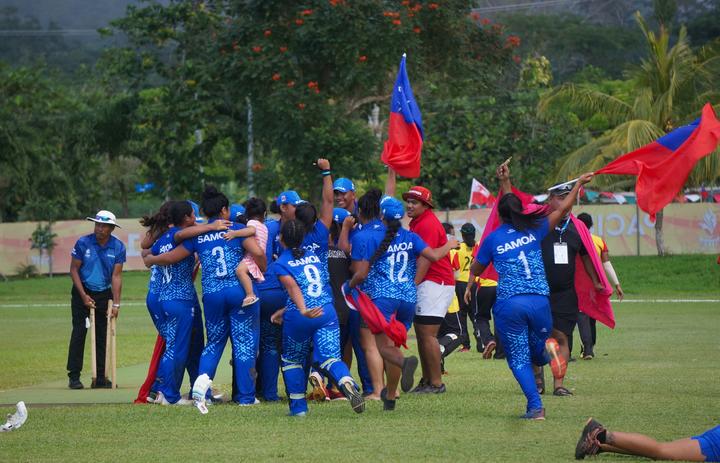 The club started running a cricket programme in local schools more than a decade ago, which remains popular with students from years one to 13.

"It became evident to me that it didn't matter what the sport was - if there was some sporting equipment there and there was someone there to take a session the kids would do it and they loved it." 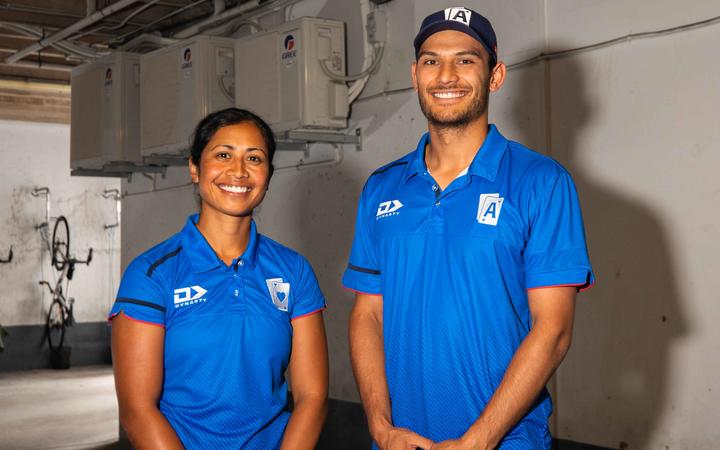 Auckland Aces batsman Sean Solia made his debut for Samoa in 2018 and told Champions of the Pacific he's been swinging a bat since he was still in nappies.

"My dad came over when he was 17 so growing up he used to play kilikiti and rugby back in Samoa but when he came to New Zealand he got introduced to 'palagi cricket' and he loved it," he said.

"So as soon he had a young son he was like, 'ok you're going to start playing too'. He was throwing balls to me when I was two - I can't even remember -  so I was introduced to it pretty quickly and playing for club from five." 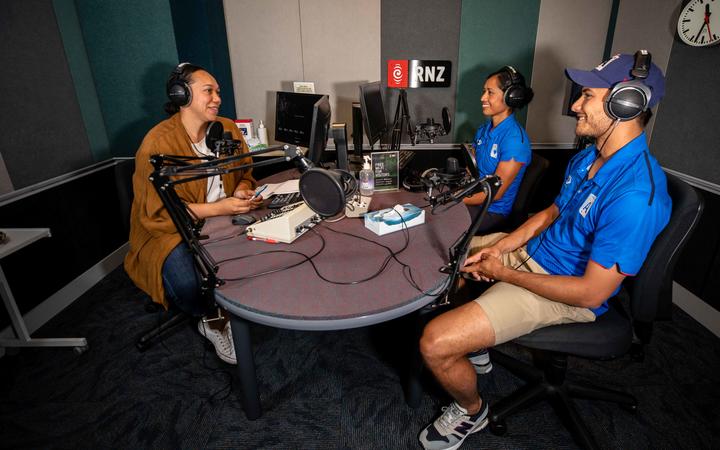 Solia, who also represented New Zealand A against the West Indies in November, said it was a privilege to be a role model for other Pasifika players.

"As you grow up and start to learn more about society and you see that we are a minority in the sport it gives you a bit of an extra push to be like: 'I want to represent us' and hopefully grow the game within that as well."

Many of Auckland's Samoan community also love playing kilikiti, or Samoan cricket, with hundreds taking part in the 'Church of Origin' tournament in the New Year.

But Garry Wood, who is also coach of the Samoan women's national team, said that passion and enjoyment was not translating to the traditional form of the game.

"What I found was that they were playing cricket, they did have really good skill-sets, it was just a different form of cricket," he said.

"It was the kilikiti and because they're so church orientated, generally, that meant the only day they could play their kilikiti was on Saturday. They couldn't play on Sundays because of church so there was a direct clash when people were available to play one or the other."

When Regina Lili'i started playing organised cricket the only Pasifika players in her team were members of her own family. 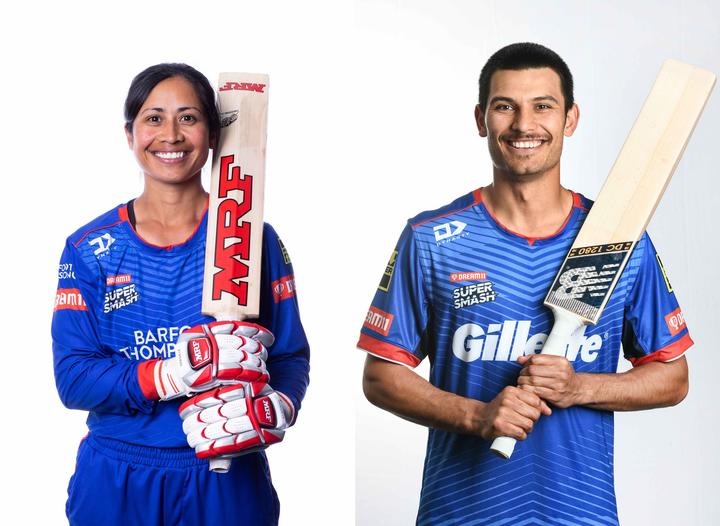 The Auckland and Samoa women's stalwart didn't pick up a cricket bat until she was 10 and, even then, needed an extra nudge to take it further.

"I played in the backyard with my brother - I come from quite a sporty family so we're always playing in the backyard - but I probably didn't start playing cricket at school until 14 years old.

"It wasn't really popular back then and there weren't many girls that played, so I either had to play against the boys at intermediate, and then our maths teacher at it’s Marcellin College actually started up a school cricket team."

Lili'i said the growth of T20 cricket has helped to speed the game up in line with kilikiti, while there's also the advantage of being able to chase higher honours.

"They get introduced through church and they're big Christian communities and it's just getting them to buy into the fact that you can play traditional cricket on Saturday and still go to church on Sunday. Sometimes you might have to sacrifice a Sunday to play."

The Samoa women's captain told Champions of the Pacific the cost of basic equipment like bats, pads and gloves can also be a barrier that prevents Pasifika families from giving the sport a chance.

"I know when I was playing at a younger age equipment was always really expensive and it was intimidating turning up to Auckland things without the best equipment or looking around and having to borrow equipment so getting the bat in the hand and getting them out playing the backyard like how we started is definitely the way to go."

Garry Wood believes kilikiti and traditional cricket should work together to drive interest in the sport. The Papatoetoe club has invited kilikiti teams to utilise their facilities and is now hosting games on weekdays so players who want to can participate in both forms of the game.

"What happened this year was that we had the first ever women's only kilikiti competition out here on (Auckland) Anniversary Monday and there were four teams - only four teams, that's ok, but it was the first time the men had been separated out from the women."

Pasifika are also front and centre for a couple of other initiatives aimed at boosting New Zealand's future cricketing stocks. 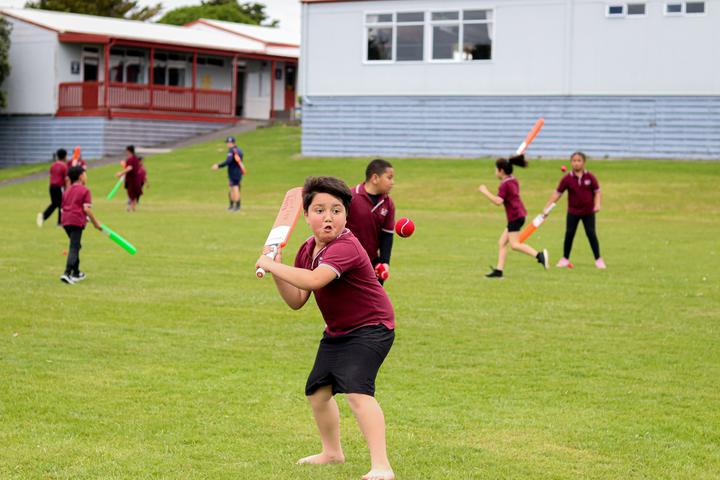 Auckland Cricket's 'BatFirst' programme is into its second year and aims to put a bat in the hand of every year three child attending a Decile 1-5 school.

And 'Yeah! Girls' is being rolled out across the country by New Zealand Cricket in an effort to encourage more girls to be active and give cricket a go in a no-pressure environment.