Thirty-two national titles, more than 20 regional titles and five trips to the world championships - in the world of pétanque Georgio Vaka'uta is a bit of a big deal. 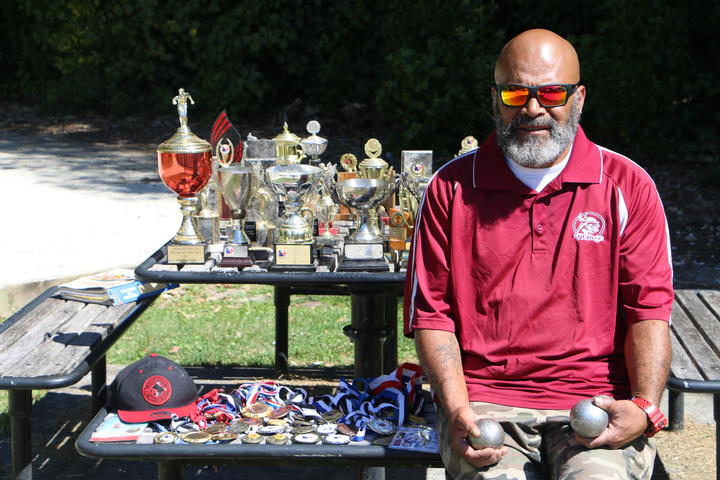 In fact, sometimes the 46-year-old has even been compared to the ultimate Tongan sporting icon, Jonah Lomu.

"Basically here [the French newspaper] it's saying 'Georgio Vaka'uta, the small Lomu, is enjoying his second world championship, proud to wear the silver fern on his chest and total respect.' This is the actual newspaper of the world championships.

"I know what they mean when they call me that, it's quite an honour you know, but in pétanque in New Zealand, you mention Georgio and you'll know who I am, I'm myself. I just love pétanque: you know meeting new faces, great company, having fun, and enjoying the game, that's it." 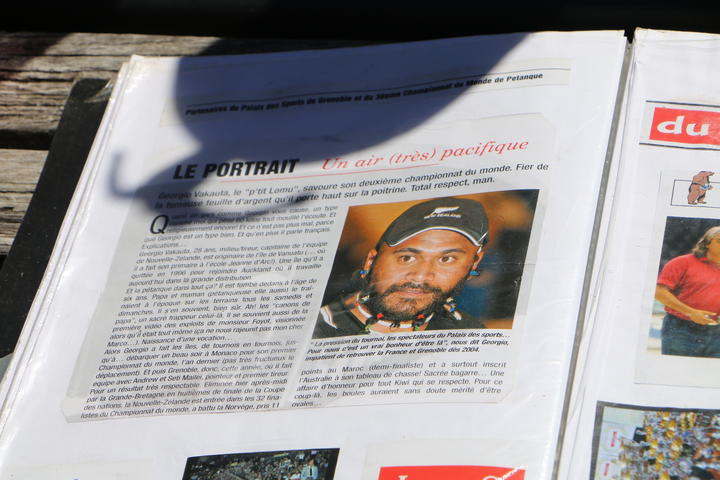 Born in Vanuatu, the Tongan-ni-Vanuatu has played all over the world, but the Auckland-based champion said one destination still eluded him.

"This is one thing I would really like to achieve is playing for New Zealand, representing New Zealand at the Olympics," he said.

"We've tried to get into the Mini Games but had no success there. We tried to get to the Olympics but you know out of all of the sports it came down to two sports, breakdancing and pétanque, and guess what the committee chose? Breakdancing." 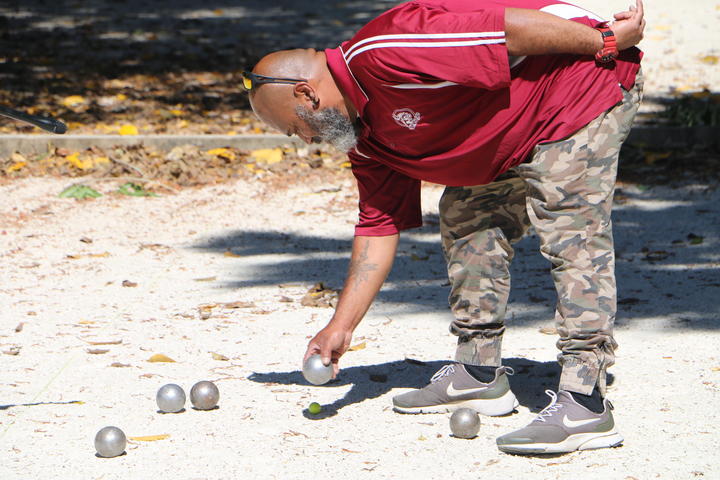 Pétanque is in the blood for the Vaka'uta family.

"Basically the whole family plays, there's 12 of us, we all play and you should see all of us getting together to battle...'How much are we playing for? Oh you want to play, let's go, show me what you got,' stuff like that you know, brothers and banter," he said.

"The other brothers only play for fun and when we get together that's when the real hussle comes out trying to beat me. Everyone wants a piece of me when I see them, but there can only be one [champion].

"Everywhere you go in Vanuatu, they play pétanque, even at the marketplace you'll see people playing while you select your food." 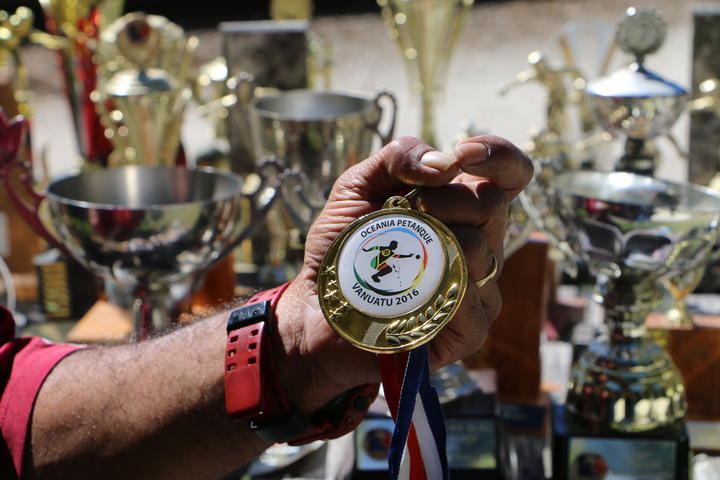 But while the sport is thriving back in his homeland, Vaka'uta was afraid it would be forgotten in Aotearoa.

"The pétanque community is small [and] it's quite hard in New Zealand because [we're competing with] rugby, cricket, basketball and all the other major sports.

"If we don't get the next generations playing then the sport is going to die and it will be very sad to see that happen."

After moving to New Zealand in 1994, Vaka'uta and friends took it upon themselves to start their own pétanque club, now known at the Mt Albert Vikings Pétanque Club, in Auckland so they could continue playing the sport they love.

Originating in France over 100 years ago, pétanque is usually played on hard dirt or gravel, and can be played in public areas in parks or in dedicated facilities. For Georgio, the Mt Albert Pétanque grounds remind him of home. 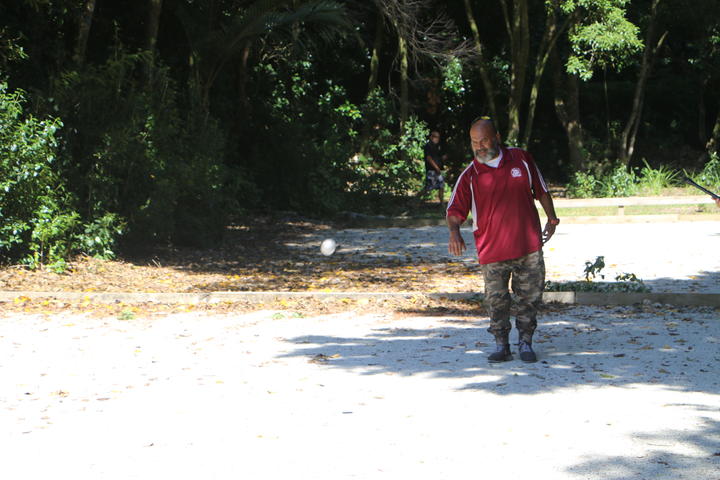 "We come here to play because this is our home ground and we don't want to lose it, because as soon as we go I don't know what this place is going to be used for...I want to see it continue to be used for pétanque competitions in its natural state. Nothing and nowhere beats this place you know."

Vaka'uta said while there had been some growth in New Zealand, it was an older demographic that played the sport. 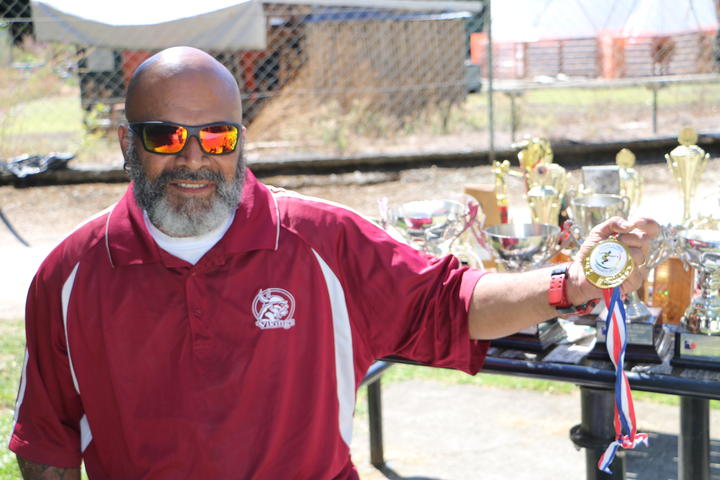 The national federation was encouraging schools to get involved by holding tournaments during the week. Vaka'uta just wanted to see people "give it a go".

"When I came here there was something like eight clubs, now there are 12. Membership-wise we just need to bring a little more younger players just to try and introduce the game to them for the future.

Georgio Vaka'uta was scheduled to travel to Switzerland last year to compete in his sixth Pétanque World Championship, but the event was postponed because of Covid-19.

"In the Pacific Islands itself, Australia plays, us [New Zealand], Vanuatu, Tahiti, New Caledonia, Wallis and Futuna. The only other countries that do not play are Fiji, Samoa and Tonga.

"We went to Melbourne to qualify for the championships and we beat Australia to get in. Now with Covid-19 it's just too hard, especially in Europe, which is where most of the world champs are so they need to sort that out first." 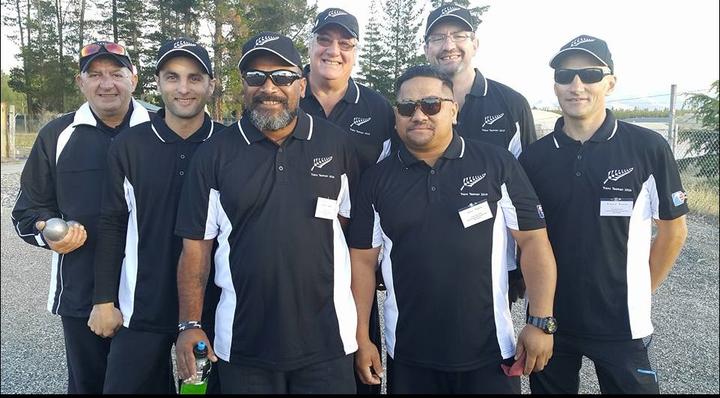 Although he's travelled all around the world, Vaka'uta said nothing beats playing in front of his family at home.

"Playing in Vanuatu was very special to me. Representing New Zealand, wearing the fern, going to play in my birth country and winning gold.

"My dad was there and my brother, and after winning the tournament everyone went to celebrate but I went to my dad and my brother and spent the night with them and enjoyed the moment with my dad."