If there is anything to be remembered from Papua New Guinea's historic rugby league victories over the weekend, it has to be just how far the women's game has come.

It's the only country in the world where rugby league is a national sport, a dubbed national obsession, yet it wasn't too long ago when the women's side were booed from their own sidelines, fighting a constant battle to gain support from their league-loving country.

But that all changed on Saturday, when Orchids stand-off Shirley Joe scored a last-minute try breaking the 16-all deadlock with England to secure the PNG women's first-ever test match win. 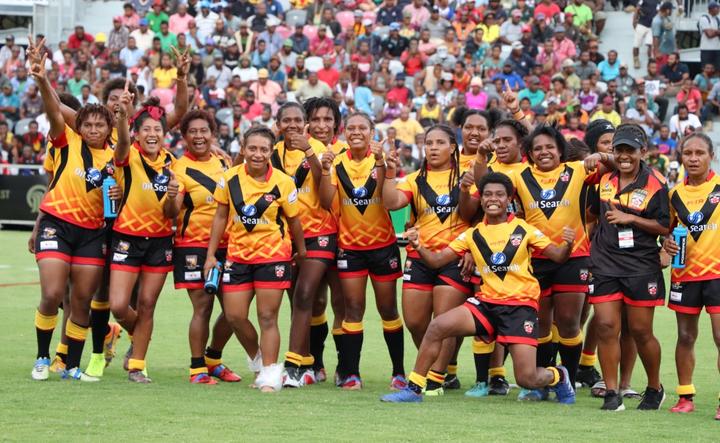 "Shirley got the ball and she did her best and ran in for the try. I just stood there and was like 'is that for real,' Albert recalled.

"I couldn't explain the feeling, I was standing there, I was jumping up and down and it was our first test match win so it was very emotional."

"I could see some people crying at the back. Putting their hands on their head and crying. The scene was amazing. I could hear all the people in the stadium shouting loud and clear 'Orchids, Orchids, Orchids,' the feeling is overwhelming."

A historic moment as the Papua New Guinea Women’s Rugby League team win for the first-time ever!

The last two months alone have been significant for the Orchids, stamping another rugby league first and momentous occasion for all women playing the international game when they were the first Pacific women's side to receive the same payment as their male counterparts at the Rugby League World Cup Nines in Sydney.

For a team which has only been established for two years, in a country with high rates of gender-based violence entrenched with a lack of opportunity for women, Albert said it sent a message of hope that women could do anything.

"We [showed] on the field on Saturday that we, PNG women, are like any other women in the world and we are strong. It means a lot for women in PNG, because most of the time people go around saying that women cannot win any games, they can't do this, but we just proved everybody wrong on Saturday." 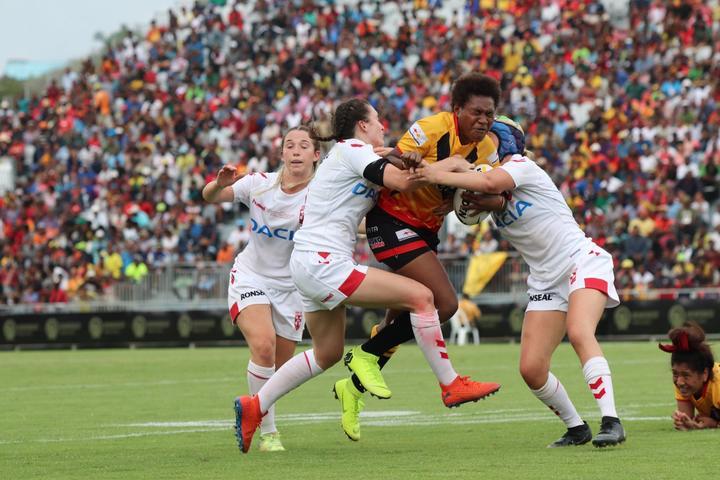 The win over England had given the team a sense of respect and she had already seen a shift in support.

"When we started in 2017, they [local and national supporters] would throw bottles into the field saying that 'that's not a women's' game and 'you women, you cannot play,' but as time went by it changed and then on Saturday everything changed."

"They went from throwing bottles onto the field to Saturday, you could see everybody was cheering for the Orchids. Some even came onto the field and you know hugged the ladies on the field," she said.

"All these bad comments towards us on Facebook and social media has finally changed after that win on Saturday and I'm so happy to show girls and women in PNG that we can do anything if we put our time and effort into doing whatever we want to do."

The Orchids are now ranked fourth in the World, advancing past Canada and France, making their first-ever test match win that much sweeter.

Albert said it was also meaningful to share the victory alongside the PNG Kumuls who took down Great Britain 28-10, sealing their first win against the Lions in 29 years.

"After their [PNG Kumuls] game, they came and congratulated us for the win and they were impressed as well," she said.

The accolades didn't stop there, with Albert being added to the International Rugby League Golden Boot short-list prior to the final decision in recognition of her outstanding efforts in the two-match series.

Although Jillaroos' Jessica Serfis took home the prize, Elsie said she felt honoured to even be considered as one of the best international players of 2019.