A prominent American Samoa politician has died in California.

He had been absent from the last session of the Fono due to failing health.

He was regarded as the senior statesman of the Fono, and referred to as the father of both the Senate and House.

Galeai began his political role as an advisor during the Lutali administrations in the 1980s and 1990s.

He then served as a senator for more than a decade.

Galeai's field was law enforcement and he also served several terms as a Commissioner of Public Safety. 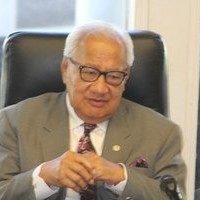