New Caledonia's Labour Party wants to be allotted air time on public broadcasting outlets ahead of the independence referendum next month.

The party, which has two of the 54 seats in congress, has advised its supporters not to vote, describing the referendum as a farce. 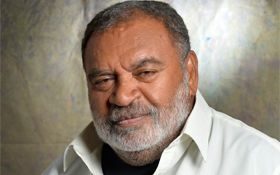 All other parties have been given air time to lobby for or against independence.

Its leader, Louis Kotra Uregei, has asked the French authorities to offer it air time or it will take its demand to court.

The vote was a deception because the Kanaks were a minority, Mr Kotra Uregei said.

Pro-independence parties contesting the vote were already in mourning because they would lose, he said.