Some of the descendants of Samoa's former head of state, the late Malietoa Tanumafili II, are disappointed about an 'unauthorised' biography of a man seen as one of Samoa's key historical figures. 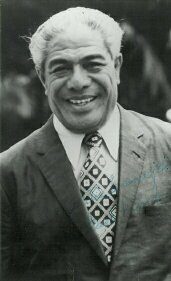 One direct descendant, Papalii Iosefo Titiuatoa Malietoa Tanumafili II, believed there was no discussion with the entire family about the biography by academics.

Victoria University of Wellington was looking at publishing the book.

And a nephew, Malietau Malietoa, was also up in arms about it being written without the entire family's support and wrote to Victoria University to express his views.

But in one letter of reply from the university, Malietoa Tanumafili II's name was repeatedly misspelt.

"My grandfather's name is insultingly misspelt and they want to do a biography on him and can't even get the name correct," he said.

And he's also not happy about the latest correspondence from Victoria University.

"The focus of the biography will be on his public life as a modern and customary leader with two works intended," the university stated in a letter.

The letter also said researchers have no intention of highlighting any personal details of Malietoa that did not extend into his public life.

"The researchers have been in conversation with the remaining children from Malietoa Tanumafili II's first marriage. Those three individuals have given their support and consent to this project, he said."

Another family member, Papalii Iosefo Titiuatoa Malietoa Tanumafili II said a conversation with all the family is proper cultural practise but this side of the family was feeling ignored and excluded.

"It just felt so sad that we are being disrespected in this way, but having said that, Morgan [Morgan Tuimaleali'ifano is one of the academics compiling the bio] should have approached us to have our blessing," he said.

But there is support for the academic biography to be written and published. 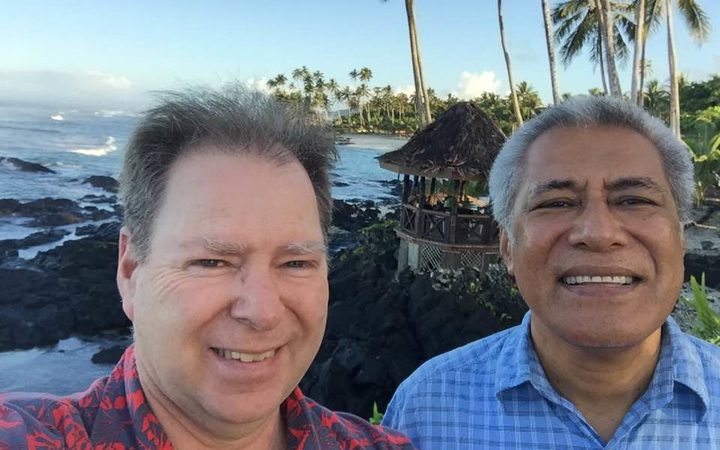 The National University of Samoa, the Centre of Samoa Studies, the Museum of Samoa, Samoa's Ministry of Justice and Courts Administration chief executive and the CEO of Samoa's Legislative Assembly are some of the backers.

And the two academics involved in compiling the bio is Associate Professor Morgan Tuimaleali'ifano of the University of the South Pacific in Fiji and Victoria University's Dr Graham Hassall.

Mr Tuimaleali'ifano said work actually began on the biography in 2000 by another family and well-known academic, Leasiolasi Dr Malama Meleisea, who interviewed Malietoa when he was still alive.

"When we picked it up we tried to link up with him and we did, we did link up but by then when we did the trail had gone cold, and Leasiolasi had not done anything further, he said."

Mr Tuimaleali'ifano, who is also a Malietoa cousin, said the bio is very much a collaborative effort, with academics and historians in Samoa, Fiji and New Zealand.

He said that he did consult with family connected with the marriage.

"They have material from him on his personal life and I am a member of the family as well and as a professional teacher and a historian, we have every right to research and write about our family and our leaders."

Mr Tuimalealiifano said others are more than welcome to write their own biography on him too if they want.

"There is nothing to stop them," he said. "But they probably won't as it is a lot of work."

He said there is no time line on finishing it yet either, with both academics juggling other projects and work.

Victoria University did not offer a comment on this story.

Meanwhile, the death of Malietoa Tanumafili II's divided branches of the family over who could hold the Malietoa title.

Last month, the title was bestowed upon Fa'amausili Moli Malietoa, the son of Malietoa Tanumafili II, after the Lands and Titles court ruled in his favour last December. 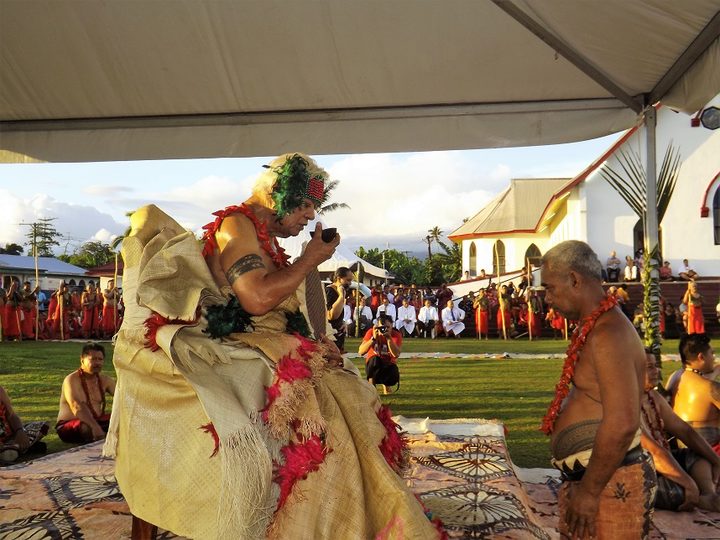 But numerous appeals have been lodged against Fa'amausili being able to hold it.

"We firmly disagree with what did take place and we will still disagree until the protocol with the title is done in an appropriate way because none of the most traditional way of bestowing the Malietoa title was ever part of the ceremony," he said.

Criminal charges have been sought against the newly installed Malietoa title holder, Papali'i Fa'amausili Moli Malietoa, as well as other chiefs and orators from the village of Malie, for holding the ceremony.