A Manus Island refugee says the road to the East Lorengau Transit Centre in Papua New Guinea is no longer being blocked by disgruntled landowners. 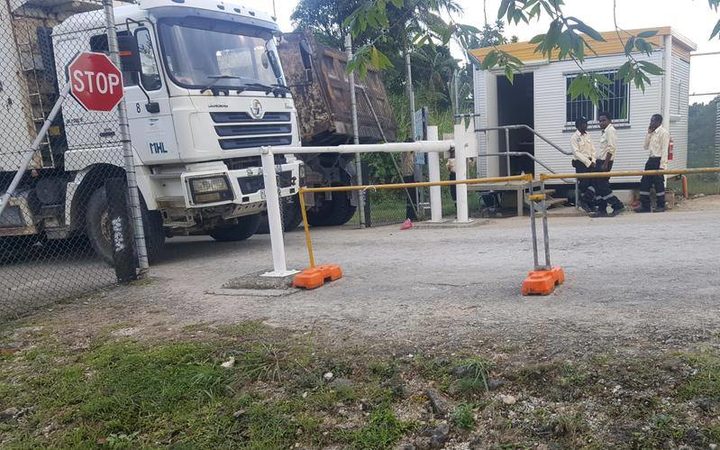 The roadblock at the ELTC Photo: Abdul Aziz Adam

About 350 refugees exiled to PNG by Australia reside inside the facility.

The roadblock began on Tuesday when landowners used heavy vehicles to barricade the gate to the transit centre, preventing service providers from entering.

It is understood the landowners opposed the awarding of a service contract to the company JDA Wokman.

The Kurdish journalist and refugee Behrouz Boochani reported the roadblock was lifted today following a meeting last night between the landowners, JDA and the PNG immigration department.

A representative of the landowners was not available for comment.

After discussing 50 million dollars, seems landowners, JDA and immigration reached an agreement last night during an important meeting. The road isn’t blocked anymore. Money and political interests are their priority, not people’s life.#Manus