Twenty-seven Australian development workers in the Pacific say their efforts are being undermined by the Australian government's inhumane treatment of refugees exiled to Papua New Guinea's Manus Island.

In an open letter to the Australian Prime Minister Malcolm Turnbull and the opposition leader Bill Shorten, the group, which includes doctors, nurses and teachers based in Solomon Islands, said Australia's reputation in the region had been damaged.

"The Australian government's treatment of asylum seekers on Manus Island is undermining our work and damaging Australia's reputation.

"While we work to strengthen responsible governance and human rights in Solomon Islands, our country is responsible for violating the human rights of asylum seekers in neighbouring Papua New Guinea." 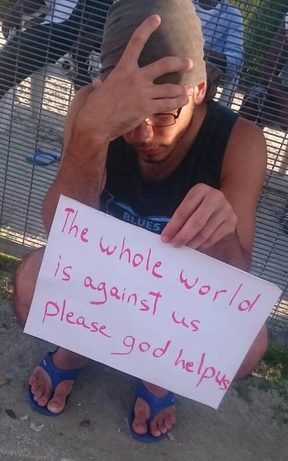 One of the signatories, lawyer Ben Lilley, said the government's claim to being a regional leader was hypocrisy.

"We feel that the Australian government's actions in Manus aren't consistent with the values it seeks to uphold and some of the values that we're working towards as development workers in the Pacific," he said.

"It's difficult for development workers in the Pacific to present Australia as a model practitioner of public health if Australia is acting in a way that's harmful elsewhere in the region," he said.

"There are a lot of great Australians working in the Pacific, committing themselves to improving the lives and wellbeing of our neighbours... and it's very unfortunate that their actions are being undermined by Australia's actions in Manus Island."

The letter called for asylum seekers on Manus Island to be brought to Australia.

"We call on you to end this internationally condemned policy... Let our government lead in promoting a vision of human rights for all, particularly the most vulnerable. Doing so upholds Australia's international obligations, and constitutes the regional leadership to which Australia aspires.

"Allow us to continue our crucial work in helping others in our region. Restore Australia's international reputation. Bring the asylum seekers to Australia."