Netball officials in Tonga say it's an ongoing challenge for exposure and recognition in the rugby-dominated country. 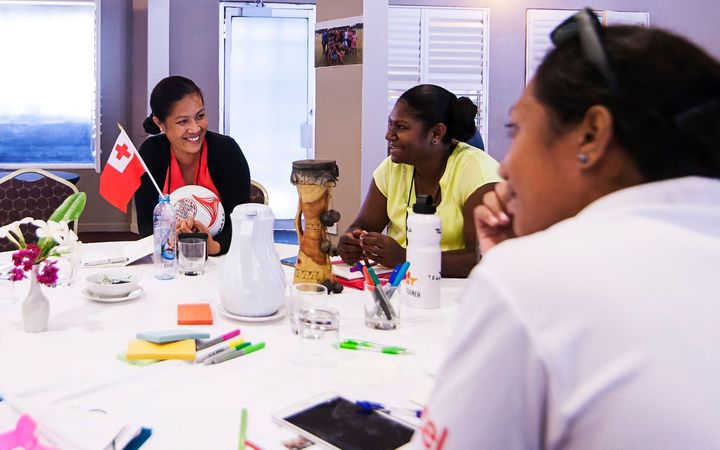 The General Manager of Tonga Netball, Salote Sisifa, was among the participants. Photo: Supplied.

The General Manager of Tonga Netball, Salote Sisifa, was among the attendees and said many of the women are facing the same problems.

"Our main challenge is the recognition and just the attention that rugby gets and as much as we try and the exposures that we're getting internationally but the rugby and boys being around, and government and itself with funding and everything going towards rugby - I don't think we even get one percent of the funding that goes to that," she said.

Tonga is currently without a world netball ranking but is building from the bottom up and entered a locally-based team in the Oceania qualifiers for the World Youth Cup in September.

"Despite it (being) a challenge we also find it a strength in us that we're able to (get by). I think in a sense we are a threat to them because, despite not getting the attention and financial assistance, but we are afloat and we do all this on our own and in our own way," said Salote Sisifa

"Oh yes it's a challenge for us but it builds us, it makes us more determined that we're here and we're here to stay," she said.