Papua New Guinea are just two wickets away from a comprehensive victory against Namibia in their Intercontinental Cup cricket match in Port Moresby.

Beginning day three with a lead of 169 runs the Barramundis collapsed to be 120 for 7 at lunch.

Opening batsman Vani Morea was the top scorer for the home side, accumulating a vital 61 from 85 deliveries. 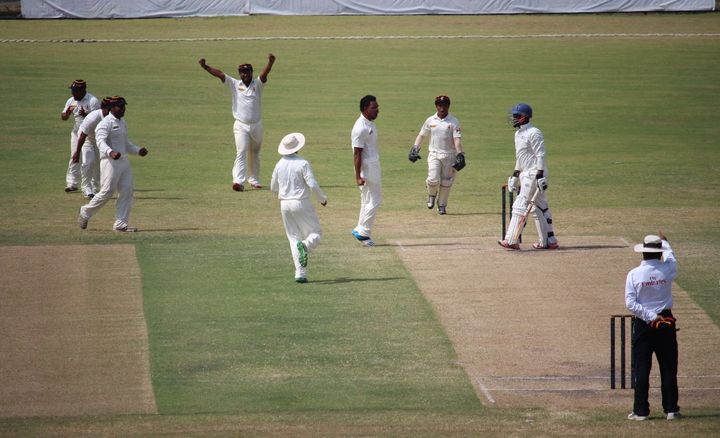 Chad Soper added 35 not out down the order and John Reva chipped in with 20 as PNG were dismissed for 189 in 57 overs.

Bernard Scholtz was again the pick of the bowlers for Namibia, claiming 6 for 65 to finish with 11 wickets in the match.

Set 355 runs to win, the tourists slumped to 14 for 4 at tea, with Norman Vanua claiming three early wickets, including two in consecutive balls.

JP Kotze offered some resistance with 36 runs but Namibia reached stumps in deep trouble at 112 for 8. 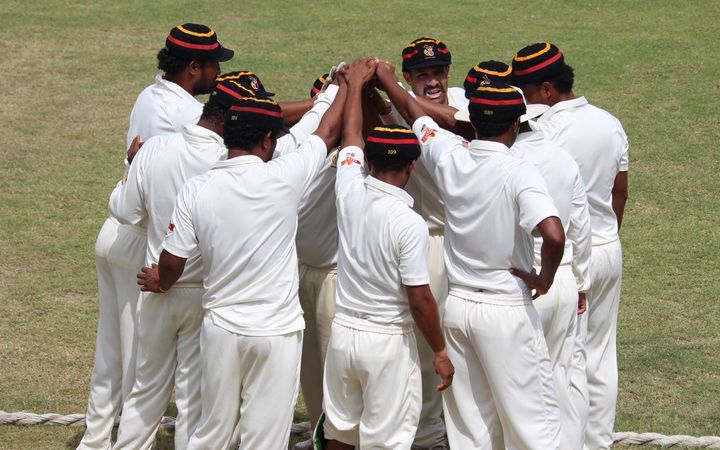 The Barramundis team during their Intercontinental Cup match against Namibia. Photo: Cricket PNG