The lawyer for a case that has been before the Samoan courts for 13 years has now been told that she cannot represent her client because she isn't resident. 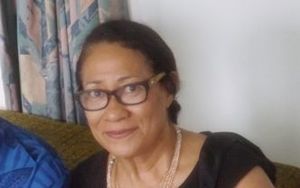 Maria Kolotita Kirita Pune first had her land case heard in the Supreme Court in 2003.

There have been a number of legal moves since but the elderly women's land, in a prime commercial area, was eventually sold to the wife of the attorney-general.

Leuluaiali'i Olinda Woodroffe had taken on the case and was due to have it heard in the Court of Appeal this month.

However she has been told she would not get a necessary Law Society certificate because she does not live in Samoa.

But the lawyer, who is a Samoan citizen, said she had an office, property and family in Samoa.

She said she also spends large amounts of time there, including all of the past month.

Leuluaiali'i said the long-running case has to be resolved urgently, as her client's health is failing.

"Justice has to be done. Justice delayed is justice denied but what else can I do. Now even my own self is in the gun, for standing up for justice."

Leuluaiali'i said she has applied for special dispensation to allow her to present her client's case.