Papua New Guinea accept they will be overwhelming underdogs against New Zealand in the Oceania Women's Olympic Football Playoff. 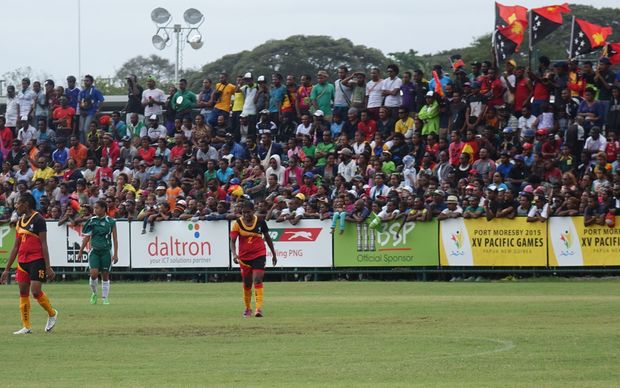 PNG host the first leg in Lae this afternoon before the return match in Auckland on Tuesday.

The home side's preparation has been far from ideal, with Gary Phillips resigning as coach three months ago and his former assistant Rachel Wadunah stepping up to the top job at late notice.

"We just started preparing only for a month. We didn't have any international friendlies and we know New Zealand are professionals - they've prepared well - but with the preparation my girls are looking forward to giving them a good game."

She also adds the core of the PNG team has been together for a couple of years and are looking to improve on the 3-0 defeat when they last hosted the Football Ferns two years ago.

"Of course it's a home game and we will have fans supporting us. The girls are really looking forward to the game - they will of course try and, in the first how many minutes, make New Zealand find it very difficult to score."

New Zealand are two-time defending OFC champions, having toppled PNG in both the 2008 and 2012 Olympic playoffs.