Fiji's Minister for Employment, Productivity and Industrial Relations, Jioji Konrote, has been elected by Parliament as Fiji's next President. 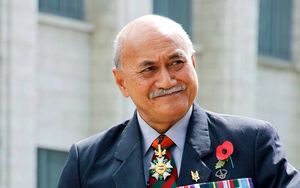 Mr Konrote's resigned from his seat, in accord with the constitution.

He was elected by a margin of 31-14, with the three National Federation Party members abstaining from the vote.

The opposition SODELPA party had proposed Ratu Epeli Ganilau as its presidential candidate.

According to electoral laws, the next most popular candidate at the previous election will take his place, however that is the current acting Military Commander Viliame Naupoto, who told FBC he would not leave the military.

The next most popular candidate at last year's election for FijiFirst was the veteran journalist Matai Akauola.