The Solomon Islands Prime Minister has lost his seat in the country's general election, with most of the 33 returning MP's running as independents. 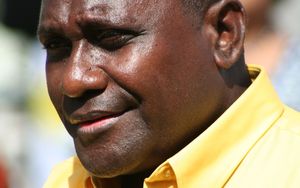 Gordon Darcy Lilo was ousted from his Gizo Kolombangara seat by his former campaign manager, Jimson Fiau Tanangada, a school teacher by profession.

As of last night 44 of the 50 seats have been officially declared and 28 of them are Independents.

The President of the People's Alliance Party, Sir Nathaniel Waena, whose party has two MPs so far, says the previous Parliament is to blame.

"The people who have actually participated in the enactment of the law itself, have decided to go to the polls as Independent Individuals. That poses the question of how serious are they as national leaders, who have enacted the law but opted out from it."