Vanuatu is to present a petition to developed nations, such as Australia and New Zealand, asking them to reduce gas emissions.

There has been a climate change protest march today through the streets of Port Vila with prominent leaders, such as the Deputy Prime Minister, Ham Lini, taking part.

Mr Lini says it is not the first time that Vanuatu has protested against pollution.

He says the country protested against the nuclear testing at Mururoa and helped to end that.

The ministry head, Jotham Napat, says Vanuatu is not contributing to gas emissions but it is suffering from the impacts of pollution caused by developed countries. 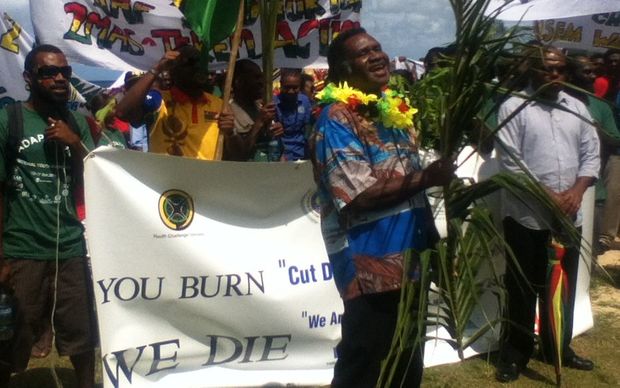