The French president, Francois Hollande, is to visit French Polynesia next year.

According to the Depeche de Tahiti, the announcement was made by the French High Commissioner in Tahiti, Lionel Beffre, as the territory's president is in Paris for talks with the prime minister, Manuel Valls.

The last French president to visit French Polynesia was Jacques Chirac in 2003 when he hosted Pacific leaders for a summit aimed at integrating the French territories into the Pacific's regional structures.

The presidential visit was announced only weeks after the territory's convicted and deposed leader, Gaston Flosse, accused Mr Hollande of being weak for upholding a decision by France's highest court and rejecting a bid to pardon Flosse.

Mr Hollande is due to visit New Caledonia next month. 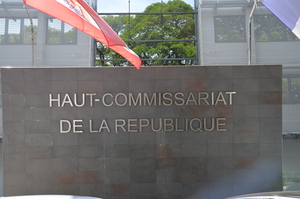