Two Manu Samoa Sevens rugby players have appeared in the district court, facing one count each of assault with intent to obstruct.

The two, Alatasi Tupou and Patrick Faapale, have entered no plea because the court is awaiting confirmation from the police prosecution on a move by a male complainant to withdraw the case against them.

This should be finalised when the matter will be heard in court again on Monday.

The charges come after a young man was allegedly assaulted by the suspects for pointing them the finger.

Alatasi Tupou is one of the 12 players selected for the Manu Samoa Sevens rugby team to play in next month's Foru 7's tournament and the first leg of the IRB Sevens circuit in the Gold Coast in Australia. 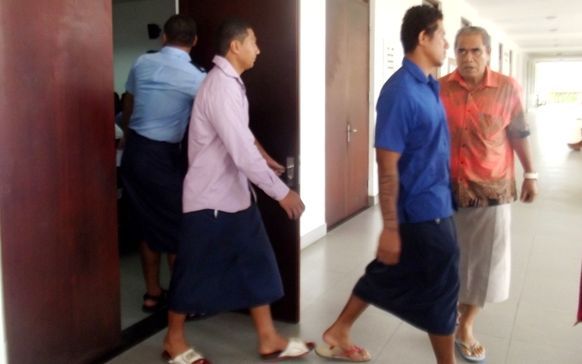