Fiji's prime minister has welcomed the release of 45 Fijian UN peacekeepers detained by an al-Qaeda-affiliated rebel group in the Syrian Golan Heights.

The Fijians were driven to a crossing and into Israeli-held territory where they were freed.

Members of the al-Nusra Front captured the Fijians last month during clashes between rebels and Syrian government forces in the demilitarised zone.

In a press conference, Rear Admiral Frank Bainimarama, said the men kept their cool under the most extreme circumstances imaginable, and are heroes.

"They are now safely back in a United Nations compound, they are all healthy, in high spirits and should soon be in contact with their families and loved ones in Fiji. Our men will need to be debriefed and they obviously deserve a period of rest before they return to their duties but I know they are keen to continue their mission."

Rear Admiral Frank Bainimarama also thanked those who had a hand in securing their safe release, including the skilled group of UN negotiators and our superb team in New York and Suva, who worked constantly behind the scenes to produce this outcome. 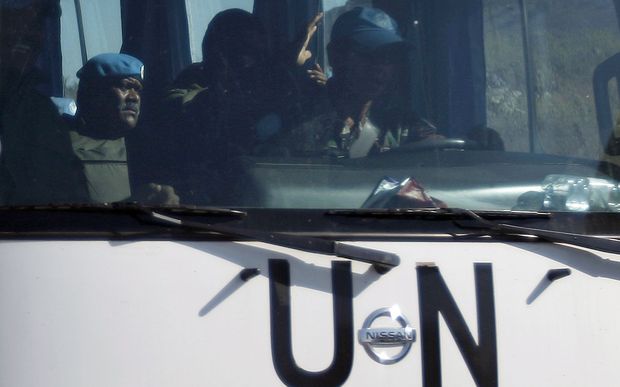