The Samoa women's rugby team are hoping for a lot more ball in hand during tomorrow's final World Cup pool match against Spain in Paris.

Both teams suffered heavy defeats against England and Canada in the opening two rounds, and have already been eliminated from the playoffs race.

Manusina coach Euini Lale Faumuina says they got a close-up look at the Spaniards during last year's qualifying tournament in Madrid, where they were the team to beat.

"They pose threats all over the place and we will be trying to look at ways of how we're going to try and neutralise those threats and hopefully play some rugby ourselves and hopefully get the win that we are desperately after. We still need to improve on our set pieces and obviously we want to try and provide our backline with some good front-foot ball".

Euini Lale Faumuina says he's also reiterated to his players that further acts of foul play are not acceptable after the team received three cards in their opening matches. 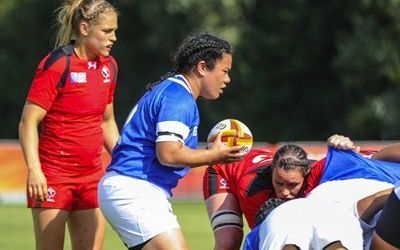