The ex-chairperson of the Niue Tourism Authority Board says a poorly considered strategic plan for tourism sparked her resignation earlier this month. 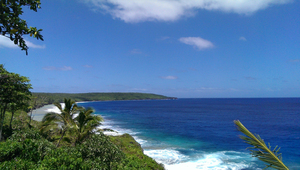 Called Tourism Unleashed the strategic plan for 2014 to 2017 includes proposals for upgrading the internet, and putting a portion of New Zealand aid money earmarked for tourism aside for infrastructure development.

But the ex-chairperson Teressa Scott says the plan misses the point.

"It said that some of our funding that we were receiving from the New Zealand Government should go towards high speed broadband or internet impovement, that's clearly an infrastructure issue. One of the items was money should be tucked away for a big capital expenditure later. That clearly told me they didn't understand the concept of recurrent Government budget."

Teressa Scott says the tourism industry is growing and she would like to see a strategic plan that has clear and measurable targets.