The leader of a Fiji political group which claims the same name as the regime-backed FijiFirst Party says the Fiji authorities have not properly investigated its claim.

Last week, the Registrar of Political Parties rejected the group's claim, saying there was no evidence their party was ever registered.

Anit Singh says his group used to be the Girmit Heritage Party but changed its name to Fiji First back in 2008 to have wider appeal. 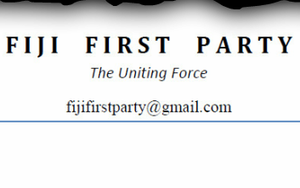 He says the previous Elections Supervisor, Felicity Heffernan, led them through the process including dealing with an objection.

Mr Singh says the present registrar, Mohammed Saneem, should have access to all the information for that period.

"We are complaining about protecting our intellectual property. I mean our name has been taken and used by somebody else and he's treating us like we have nothing to complain about. We really feel short-changed. Where is the discussion of findings or chance to counter-respond?