The Regional Assistance Mission to Solomon Islands and the local police have urged people to remain calm in the wake of riots last weekend.

RAMSI says the nation is at a crossroads and Solomon Islanders need to make a choice whether they go backwards or move forward. 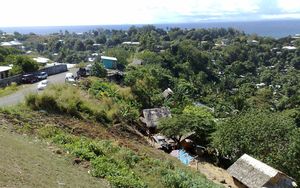 Rioting and looting occurred on both Friday and Saturday nights and police needed tear gas to subdue rioters.

The Special Co-ordinator Justine Braithwaite says Solomons and Ramsi police have been working around the clock responding to reports of disturbances, maintaining order and making arrests.

She says they are prepared to take strong action against anyone found to be involved in further disturbances.

She has also appealed to Solomon Islanders not to listen to those who may be advocating violence or further unrest.

RAMSI has called on leaders, communities, churches and families to use all their available influence to urge restraint and calm.

The police say they remain on high alert with police patrols maintaining a strong presence in the eastern Honiara area.

The Acting Police Commissioner, Juanita Matanga, says law and order has been restored and she has also urged Solomon Islanders to keep the peace.

"We have come through a lot of challenges and it is up to us to make that difference in our way of doing our work because if we continue to create lawlessness then we are the ones who will face the consequences, or receive the consequences, of bad behaviour."

Juanita Matanga says the police have received a lot of support from the community.

She has dismissed suggestions the riots specifically targeted Chinese-owned businesses.