Father Garry Maria Inau was shot close-range in the heart when he was leaving his parish in Kunimaipa Valley of Goilala district on Sunday last week.

The Bishop of Bereina, Rochus Tatamai, says pay-back killings have been occurring in the district since 2011. 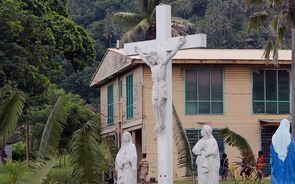 He says Father Inau became a victim because he had been seen with another local church minister, who has been accused of involvement in a 2011 murder.

Bishop Tatamai says Father Inau, who was from the district and was ordained there nine months ago, had been trying to reconcile the two groups.

He says the government must intervene now to reduce tribal tensions.

"There is no presence of real government, there is no law and order. And there's more tension amongst the communities up there, given that they have actually shot Father Garry who actually came out to them to help them with the reconciliation."