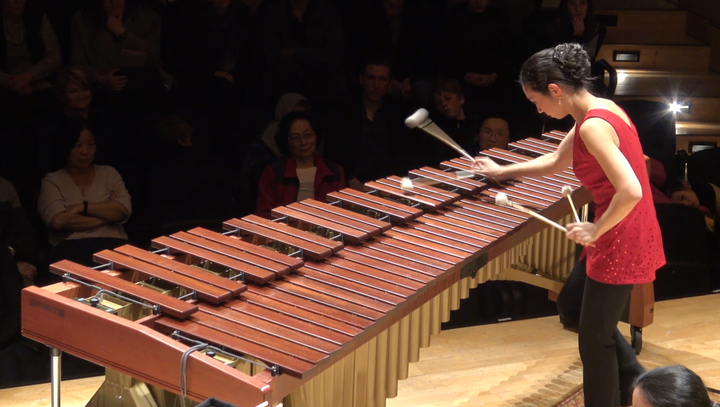 Marimba player Yoshiko Tsuruta was born in Japan, but moved to New Zealand in 2004. She won the 2008 National Concerto Competition, and graduated from the New Zealand School of Music a couple of years later. After further study in Austria at the Anton Bruckner University in Linz, Yoshiko returned to New Zealand and is now based in Tauranga.

Although she’s a skilled percussionist on many different instruments, it’s really the marimba that’s her main focus. She’s performing with Opus Orchestra soon in Made for Opus: Composer Encounters – including a work written especially for her: Gareth Farr’s 'Marimba Concerto'.

Upbeat caught up with Yoshiko to find out more.