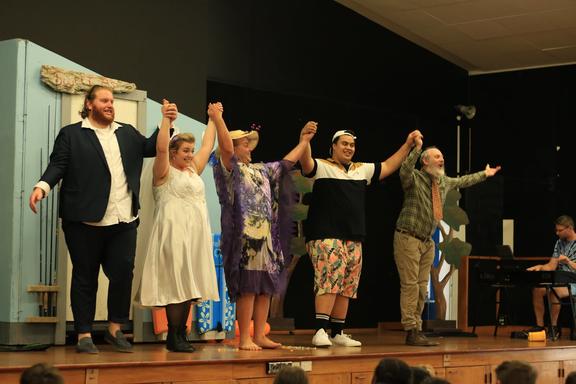 It's the 10th anniversary of the tour, which is part of New Zealand Opera’s participation programme and aims to bring opera to children from as many regions as possible. 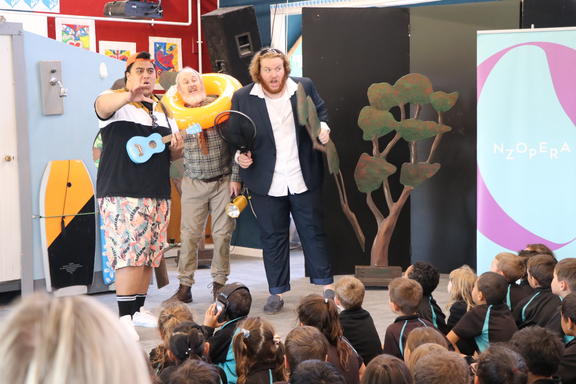 Shortened to about 45 minutes and sung in English with piano accompaniment (but including sets and costumes), Don Pasquale has been updated to 21st century New Zealand, and for many children it's their very first encounter with opera.

Upbeat spoke with two of the cast members: soprano Felicity Tomkins (who’s alternating in the role of Norena) and Stuart Coats who sings the title role of Don Pasquale.