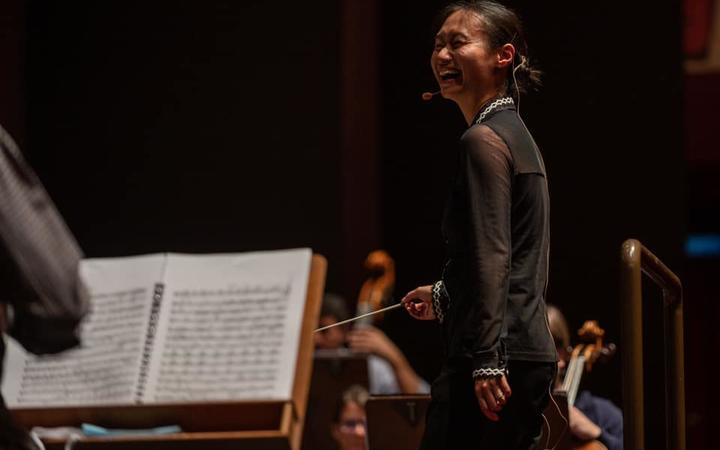 As well as winning the First Prize of 12,000 Euro, Tianyi took away the orchestra players prize of 1500 €, plus the Youth Award (1,000 €) voted for by a jury of students from Novara the hometown of Cantelli -  the conductor the competition was established to honour.

While she was in the Piedmont region of Italy Tianyi became aware of the hardships people were experiencing this year.  During her acceptance speech, Tianyi announced that she had decided to donate 2,000 € from her prize money to the local non-profit organization Specchio dei tempi, that supports the elderly and others who need support. 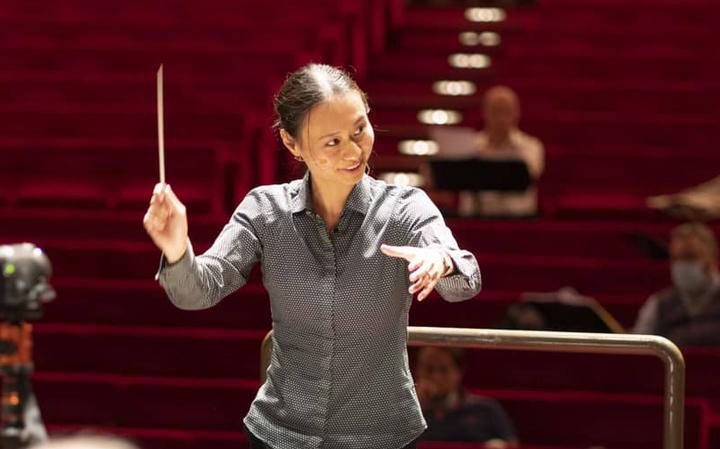 The 30-year-old former Aucklander has been living in the U.K. for some time, and has been Female-Conductor-in-Residence with the Welsh National Opera and Principal Conductor of the St Woolos Sinfonia.

She and her husband have recently moved to the Netherlands and as she tells Clarissa Dunn it's like a breath of fresh air living on the coast near the Hague at the best surf beach in the region.

In the final Tianyi conducted Beethoven's 7th Symphony with the Teatro Regio Torino orchestra to take the top prize.