The NZ Community Trust Chamber Music Contest took place over the weekend. Despite having to hold the earlier regional round online through videos recorded by the contestants, Chamber Music New Zealand pulled out all the stops so the national final could go ahead in front of a live audience in Wellington.

The annual competition has been going since 1965 and is a springboard for New Zealand’s musicians of the future. 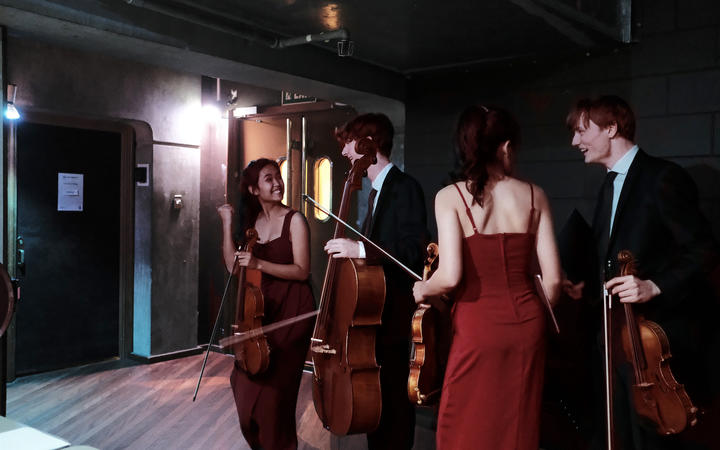 Event compère, RNZ Concert's Clarissa Dunn, said it was a great achievement to run the contest at all this year.

"These students are the future of classical music in this country," Dunn said.

"This contest regularly produces or promotes young talent that we see, that we watch here at RNZ Concert, go on to compete on the next thing and then the next thing, and then be part of nationwide ensembles and have careers overseas, so I get excited because we see these young people starting their careers now and we get to follow them for the rest of their lives."

Winner of the National Composition Award (Junior Section) was Hannah Jones from Auckland for Extranjero Tango. Composition adjudicator Claire Cowan described it as “a lovely piece with good interplay in between the parts”.

Rotorua student Zachariah Jans was the Senior Section winner for his piece Virtues of a Teenager, scored for baritone, violin, piano and percussion.

Cowan said: "Virtues of a Teenager is a fun set of miniatures, with a lot of good thought that went into the performance direction and overall theatricality of the piece. The composer has a flamboyant streak that quite beautifully combines humour with drama”.

As part of Saturday’s final, Zachariah’s composition was performed by professional musicians from Wellington. And after the concert, he and Hannah Jones spoke with Clarissa Dunn about the experience of taking part in the contest.