Christchurch Symphony Orchestra's season gets off to a great start

One year, almost to the day, since music-making in Christchurch returned to the Town Hall, the Christchurch Symphony Orchestra opened its Masterworks 2020 season. The magnificence of the venue was matched, not only by the large enthusiastic audience, but by truly magnificent performances from our orchestra.

Jack Body’s 'Fanfare for Bert' proved an ear-catching and entertaining opening to the programme with many references to the popular light-music style of Bert Kaempfert, including some notably laid-back drum kit and sentimental string melodies. If some of the brass motifs were more reminiscent of Bernstein than Kaempfert, Jack Body’s musical textures and instrumental imagination never failed to keep our attention engaged and our toes tapping, especially in the animated hands of conductor Benjamin Northey. 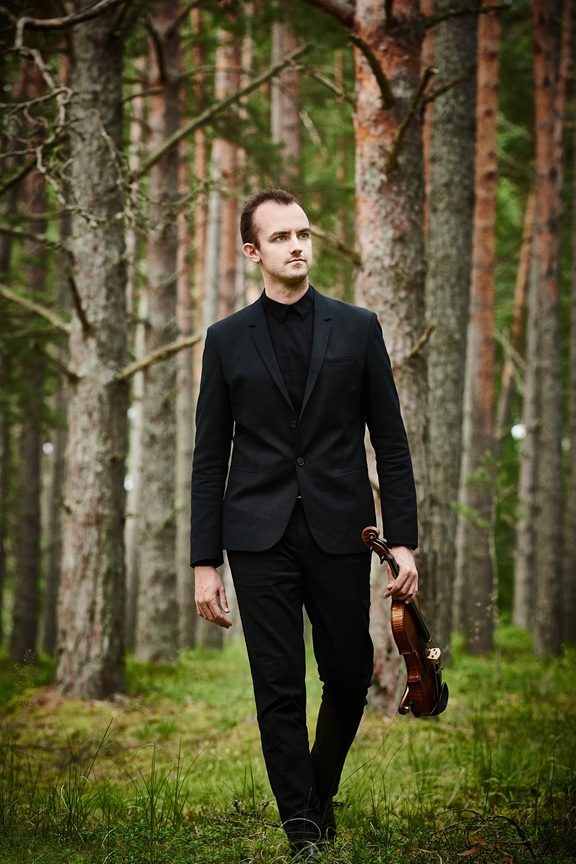 New Zealand-born violinist Benjamin Baker then joined the orchestra for Sibelius’s great violin concerto. This may be Baker’s first professional visit to Christchurch, but like many thousands of RNZ Concert listeners, I’ve become familiar with his name and musicianship through that station’s regular presentations of his recordings. Tonight, the first movement seemed more episodic than usual, but both Benjamins, Baker and Northey, made the most of the composer’s characteristic bleak-textured harmonies, breath-taking landscapes and ever-changing textural perspectives.

The second movement is surely one of Sibelius’s most ravishing creations, and tonight both soloist and orchestra brought its splendours fully to life. Then the spectacularly virtuosic final movement left nothing to be desired in Benjamin Baker’s technical mastery combined with expressive finesse. I did miss an element of risk-taking ‘attack’ in some of the solo entries; Baker tended to give priority to beauty of tone over dramatic abandon at times, especially in this third movement. But the final demonic technical display was little short of elemental in its unrestrained impetuousity, and the audience’s very vocal enthusiasm left no doubt about their appreciation. An equally bravura movement from Ysaÿe’s 'Violin Sonata No 2' didn’t seem the ideal encore to follow the Sibelius, but Baker’s performance justifiably brought the house down once again.

After the interval, Rachmaninov’s Symphonic Dances put the orchestra firmly in the spotlight with a performance that was nothing short of magnificent. The Symphonic Dances have become increasingly frequently heard in recent years and conductor Benjamin Northey had every tricky corner of the work’s many tempo, textural and rhythmic challenges firmly under control. The players responded gloriously, and clearly relished the opportunity to let their skills off the leash with playing of real flair throughout the work’s thirty-minute duration. Solos from several individual players impressed, especially Ashleigh Mowbray on cor anglais and, even more so, Reuben Chin’s gorgeously phrased saxophone solo in the first movement.

Benjamin Northey brought a compelling sense of drama to the shifting moods of every part of Rachmaninov’s final work, as well as an overall structural coherence which kept the listener fully engaged from the start to the spectacular and exciting finish.

The audience’s reaction was unequivocally rapturous, getting the Christchurch Symphony’s 2020 Masterworks series off to the best possible start.