A man whose name and reputation is known by choral singers world-wide has passed away at the end of a long illness. 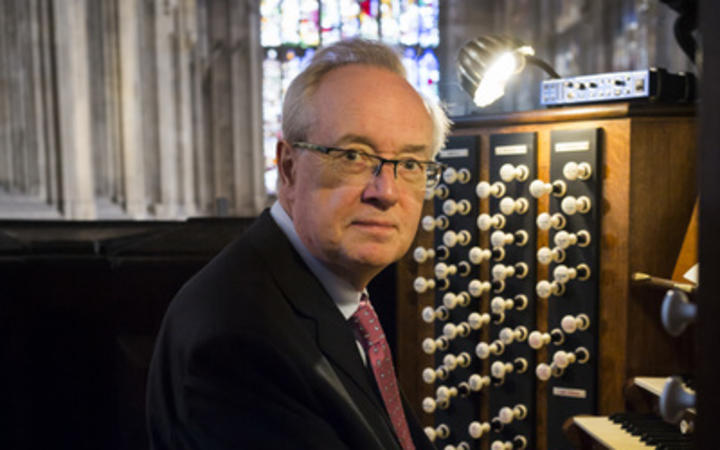 Sir Stephen Cleobury was the Director of Music at King’s College, Cambridge, known around the globe for its choir of men and boys, until he retired just two months ago.

Cleobury followed in the footsteps of two other famous music directors at King’s, David Willcocks and Philip Ledger, and held the position for 37 years.

In that time he built on the already considerable reputation of the Choir of King’s College, Cambridge, and in 2018 directed a world-wide broadcast of the centenary of the Nine Lessons and Carols service, an annual King’s tradition that has been replicated by Anglican and Episcopal choirs from the UK to New Zealand.

The Choir of King’s College, Cambridge was established by King Henry VI in 1441, the same year as the college itself, to provide daily music for the King’s chapel.

While not the longest serving of its directors, thanks to the age of digital recording, Stephen Cleobury leaves behind an outstanding archive of recordings with the choir, both audio and video.

Even with the choir's centuries of tradition, Cleobury was able to add several of his own, introducing the ‘Easter at King’s’ festival in 1984, as well as commissioning a new carol each year for the chapel’s Christmas Carol service.

Cleobury commissioned two carols from British composer Judith Weir, one for the centenary Nine Lessons and Carols in 2018, and one that he says has become one of the finest modern carols, ‘Illuminare’, in 1985:

Cleobury’s reputation as a musician and conductor reached far beyond the choir at King’s.

Cleobury also conducted orchestras and choirs around the world and had a long collaboration with the Academy of Ancient Music.

This is from a recording of new realisations of Mozart’s Requiem, left incomplete at the composer’s death.

In traditional UK choir-fashion, Cleobury was an excellent organist as well as choir master.

He maintained his chops as an organ recitalist his entire career, and in 2015 released a solo organ recital on the recently restored organ at King’s College Chapel, recorded in surround sound.

Though most of us around the world know Cleobury’s work and name through his many recordings, we can forget that his role as Director of Music at King’s College, Cambridge was first and foremost a teaching position.

All the voices we hear on these famous recordings are young music students (boys and men both) on the path to great careers, not all in music.

The calibre of talent that the choir draws has yielded many famous musicians, from conductors Sir Andrew Davis and Edward Gardner to singers Gerald Finley and Mark Padmore, and ensembles like the King’s Singers and Polyphony.

The impact of Stephen Cleobury’s teaching legacy is on the lives of thousands of students, and we will continue to reap the rewards of that legacy for years to come.

Sir Stephen Cleobury passed away peacefully at his home in York on the 22nd of November, on St. Cecilia's Day, patron saint of music.

King's College has created an online book of condolences, and a memorial service will be held later this academic year.