The Big Sing Finale: What the judges are listening for

The finale of The Big Sing competition is taking place in Dunedin this week and the judges will be listening hard.

Twenty-four secondary school choirs selected from The Big Sing regional competitions will be performing at the Dunedin Town Hall. That’s something in the order of 830 singers, along with their choir directors and supervisors. 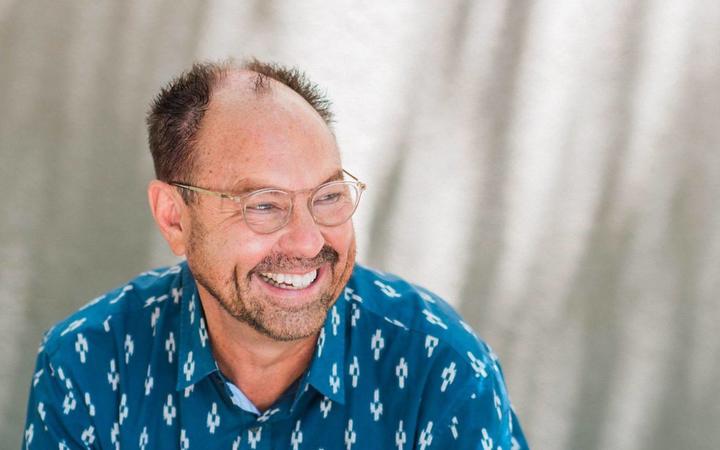 Dr Tim Sharp, Executive Director of the American Choral Directors Association, is one of three adjudicators. He’ll be joined by UK-based New Zealand opera singer Madeleine Pierard, and James Tibbles, Associate Professor at the University of Auckland’s School of Music.

Dr Sharp says he’ll be listening for intonation, blend and voice placement, and tone. And he’ll be watching the audience to see their reaction.

“In order to be a top choir… you have to move people,” he says. “Our medium… is a medium of emotions. There’s a technical side that has to be right, but the areas of phrasing and beauty, which most audiences… when they feel it their bodies react. They are taken by the performance.” 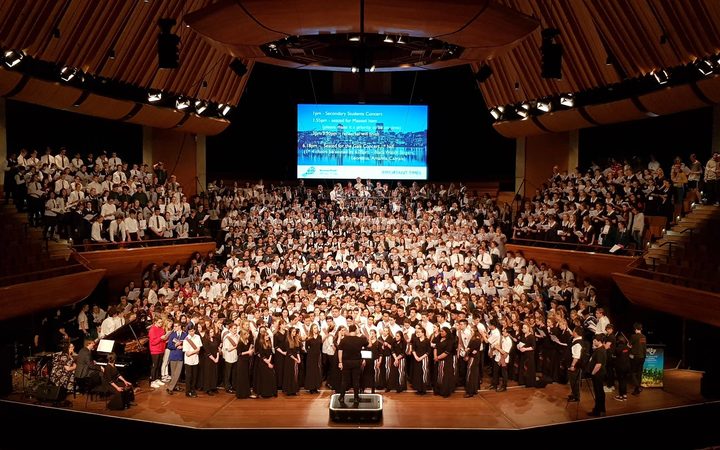 The Big Sing Grand Finale ended with a massed choir of all the singers Photo: facebook

He’ll also be listening to hear if the singers are connecting with the text they’re singing. “The literature is some of the best in the world,” he says. “I’m keen to see if they’ve internalised it and if they are conveying… the stories.”

Regarding technical skills, blend and intonation are the top two things Dr Sharp is listening for. “Those are the critical issues,” he says. “Intonation; we are dealing with the human voice. Tuning that voice is a challenge.”

He says good vocal health for every singer benefits the choir and that each member needs to be aware of those around them. He says if he hears individual voices in the wrong place it can “distract from the effect if the overall choir”. 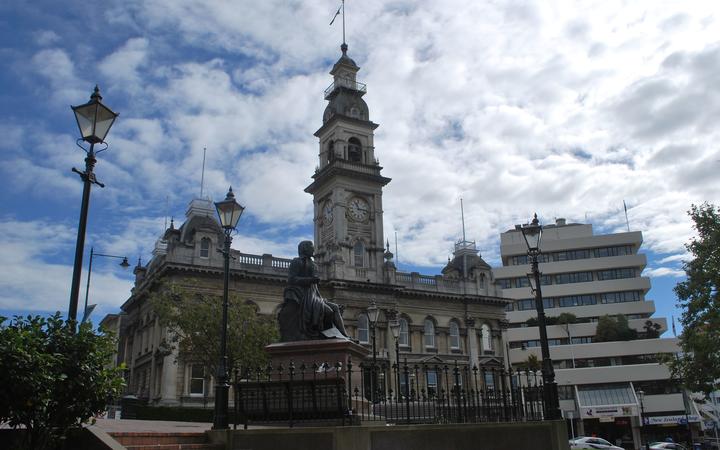 Dr Sharp’s top tip for those singing in the finals is to listen to each other and to the sound that’s being created around them.

For directors, he says to pay attention to what the composer wants.

The Big Sing Finals start on Thursday 29 August. The competition closes with a gala concert on Saturday 31 August at the Dunedin Town Hall. The competition will be live streamed through RNZ Concert’s webpage and the gala will be broadcast on RNZ Concert in the coming weeks.