The Kugels on the road

Wellington-based klezmer quartet The Kugels are setting off on a tour of the regions for Arts on Tour New Zealand, taking their music to 20 venues from Stewart Island to the Coromandel. 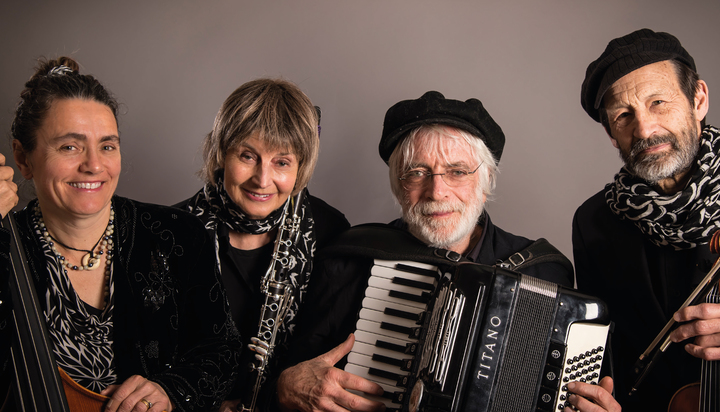 The concerts will feature the original klezmer compositions of Ross Harris, as well as traditional tunes from Eastern and Central Europe.

David Morriss talked with Debbie Rawson and Ross Harris about the upcoming tour, and got to see one of Debbie's instruments, the pocket-sized Maui Xaphoon, up close.

The Kugels' tour runs from 29 August to 29 September.