APO and Wu Man deliver a night of imaginative music

Under the capable and elegant conducting of Tung-Chieh Chuang the APO’s Reimagined concert lived up to its title from the very first piece. Stravinsky’s Pulcinella Suite evoked an imaginary 18th century with his rewritings of music by Pergolesi and other composers of that era. The APO musicians revelled in the subtleties and nuances of Stravinsky’s imaginative and original orchestration. They played with elegance and style while capturing the modernist musical spices and surprises that showed the composer’s sly wit. 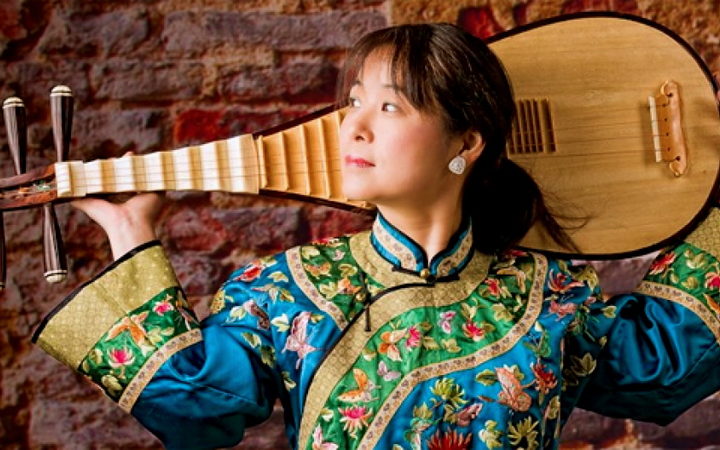 The most recent piece on this program of 20th century music was Lou Harrison’s 1997 Concerto for Pipa. Virtuoso pipa player Wu Man is familiar to New Zealand audiences and she’s a delightfully eclectic and imaginative performer. Harrison immersed himself in Asian music and this concerto is in no way cultural plunder. Written in close collaboration with Wu Man the music is varied and colourful and exploits the rainbow colours and textures of the pipa to full force.

The concerto’s sections are all varied and distinctive. ‘Three Sharing’ was a witty percussive trio for cello, pipa and bass. ‘Wind and Plum’ was sparse and haunting with its stark harmonics and string glissandi. The opening Allegro and the concluding ‘Estampie’ (a medieval dance form) were exhilarating and powerful. The longest movement, ‘Threnody’, is a haunting lament for the AIDS activist Richard Locke. The wistful, modal music uses the pipa briefly and expressively before the strings end with a hushed unresolved chord. Harrison described melody as ‘the audience's take-home pay’ and we were paid in full by the concerto.

Wu Man encored with a blistering performance of the famous traditional Chinese piece ‘White Snow in Spring’ which made a fine contrast with Harrison’s concerto.

Shostakovich debuted his Symphony No 1 in 1926 when he was twenty. This is a brilliant work on many levels and Tung-Chieh Chuang and the APO delighted the audience with a nimble and powerful reading of this rich score. The mature Shostakovich symphonic style is more or less already all here and this was just his diploma examination piece. The sardonic irony, the emotional intensity, the darkness, and the power we associate with his later works are all present in this symphony.

The second movement’s silent movie chase-scene slapstick drew on Shostakovich’s experiences playing the piano in cinemas to avoid starvation and drew laughs from the audience as if Buster Keaton was in the house. The Lento’s oboe and cello melodies were as achingly beautiful as anything from his later works. The final movement was full of mock heroics and bombast but also rose to a massive and thundering conclusion.

This was a night of varied and imaginative music that ranged from ancient China to the 1990s and which the musicians delivered with effortless style.