The wonder of Wu Man and the Pipa

Pipa player Wu Man first encountered the 2000 year old Chinese lute-like instrument at the age of nine when her parents told her to learn to play it, inspired by the resurgence of traditional music during the Cultural Revolution. 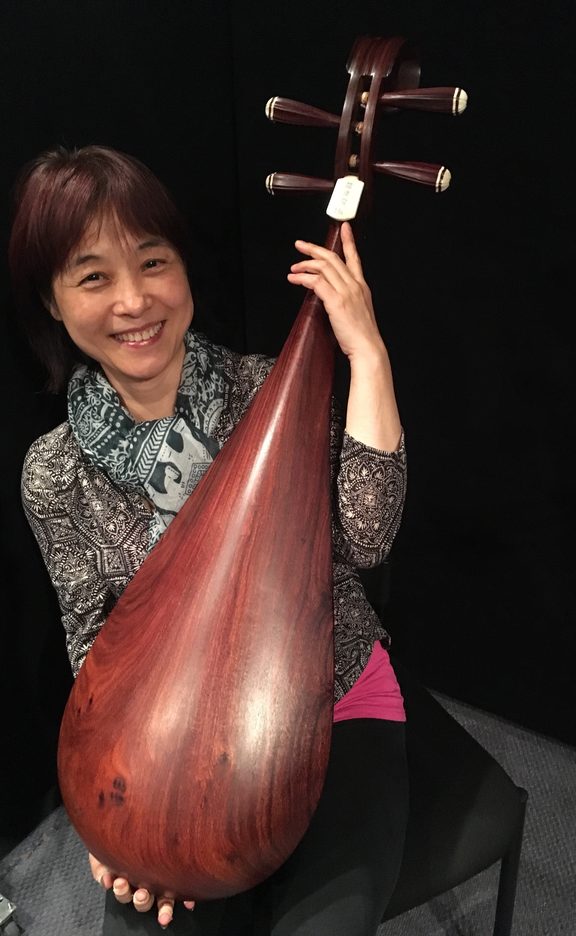 Wu Man and her pipa with a redwood belly Photo: Clarissa Dunn

Wu Man has now become a leading soloist, educator and composer who has given the pipa a new role in both traditional and contemporary music. She has premiered hundreds of new works for it, spearheading multimedia projects to create awareness of China’s ancient musical traditions.

She's a founding member of the Silk Road Ensemble  and first came to New Zealand with the Kronos Quartet. She says working with the Kronos players was a turning point for her giving her a window into Western music. She says culture moves in all directions and being open to change is very important for her.

This week Wu Man will play Lou Harrison's Pipa Concerto with the Auckland Philharmonia Orchestra. The American composer wrote the work for her in 1997 and she's since played it hundreds of times. She says Harrison wanted to write a work that used the pipa differently from its traditional Chinese style but because he understood string instruments his musical language works very well on her instrument.

The APO concert will be broadcast live on RNZ Concert in Music Alive this Thursday at 8pm.