Wellington string quartet Sixteen Strings has won the NZCT annual chamber music contest Grand Final held in Auckland over the weekend. The players joined Clarissa Dunn right after the exciting announcement of their win and share their enthusiasm for  Erwin Schulhoff's music. 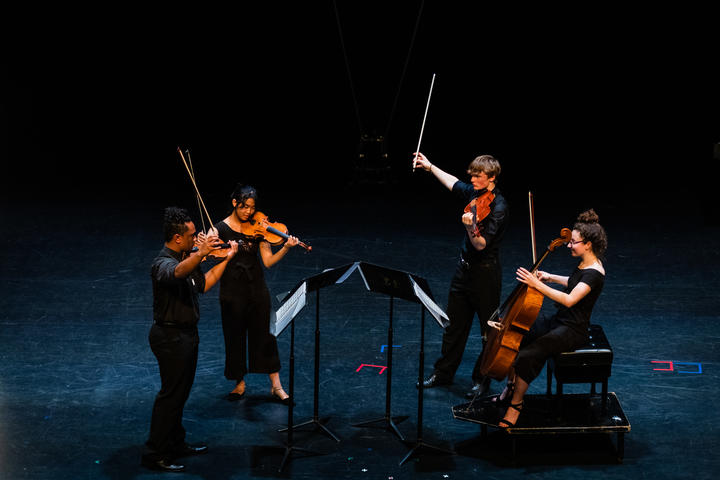 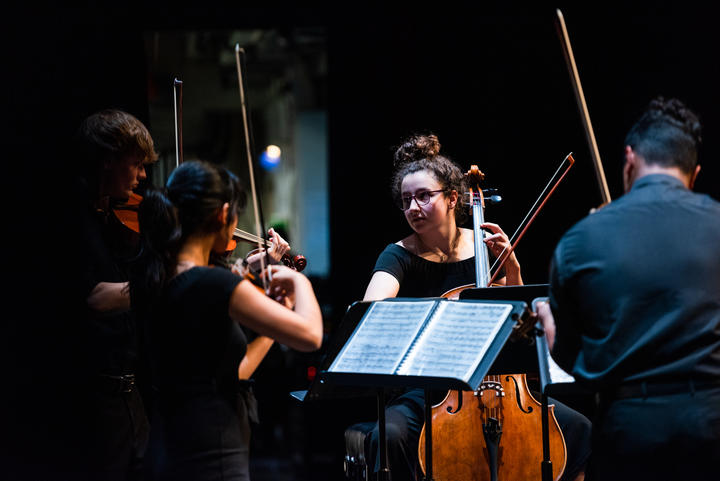 Six ensembles selected from across the country performed in the Grand Final on Saturday night at The Auckland Town Hall. The competition was adjudicated by celebrated pianist Diedre Irons, New Zealand Symphony Principal Oboe Robert Orr and Ashley Brown from the acclaimed NZ Trio.

The People’s Choice Award went to Virtuoso Strings Octet from Wellington for their performance of Craig Utting’s Goodnight Kiwi. 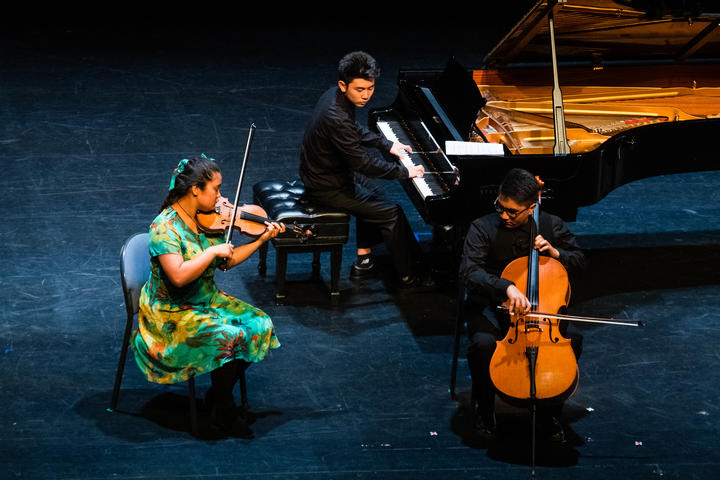 Half of the works in the Grand Final were New Zealand works, including two pieces written especially for the competition. Quartetto Maduro from Canterbury played Real Mature for four violins by Isaac Shatford and Virtuoso Strings Octet from Wellington played Goodnight Kiwi by Craig Utting. This piece, played in memory of a former Virtuoso Strings Orchestra member, used themes from the Maori waiata Hine e Hine and ended with the haunting vocals of Jillian Tupuse, who also played violin. 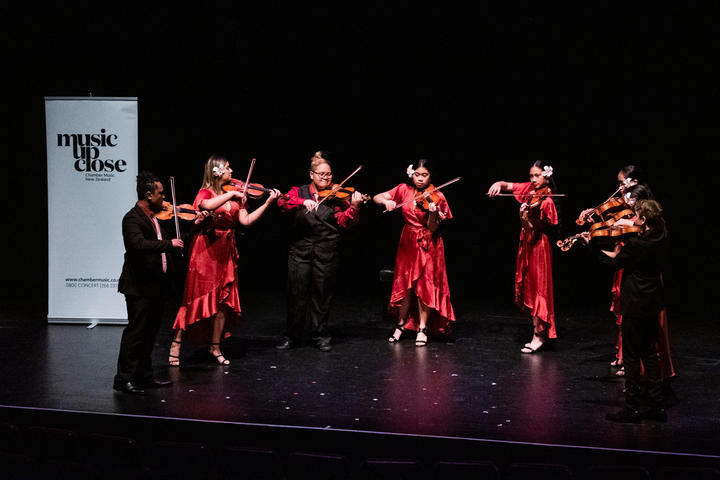 Shona Scott was the recipient of the annual Marie Vandewart Memorial Award for outstanding service and commitment to fostering the love of chamber music. Shona has an advertising and marketing background and is currently in a leadership role with Whangarei Music Society. Her long involvement with the arts has included: Director of Auckland Festival, concert reviewer, and Executive Director of the Dame Malvina Major Foundation.

The NZCT Chamber Music Contest has been showcasing New Zealand's young musicians for more than half a century and many contestants go on to pursue music professionally. It is the only contest of its kind in the world.