What do the Rolling Stones, Jackson Pollock, the Marx Brothers, Spike Jones and the Cirque du Soleil have in common?

Not a lot, you’d think – but one early music group has been compared with all of them at various times. 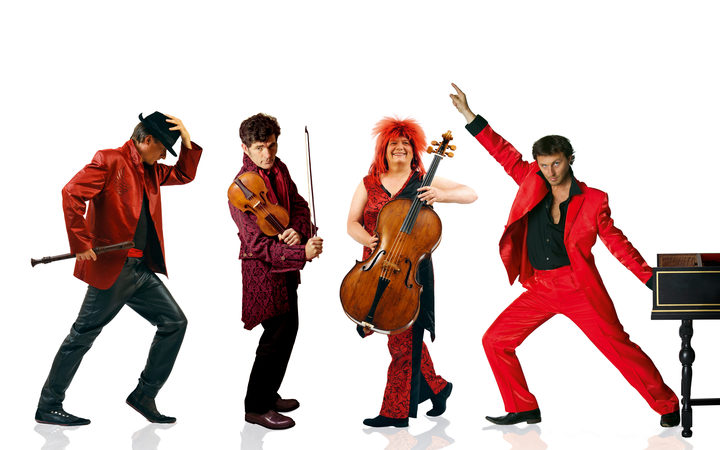 Red Priest is in New Zealand, and touring for Chamber Music New Zealand

They’re performing at the Auckland Town Hall in a concert that you can hear live on RNZ Concert.

The group popped into the studio to talk about their travels, the diversity of music, and why it’s important to learn the recorder.