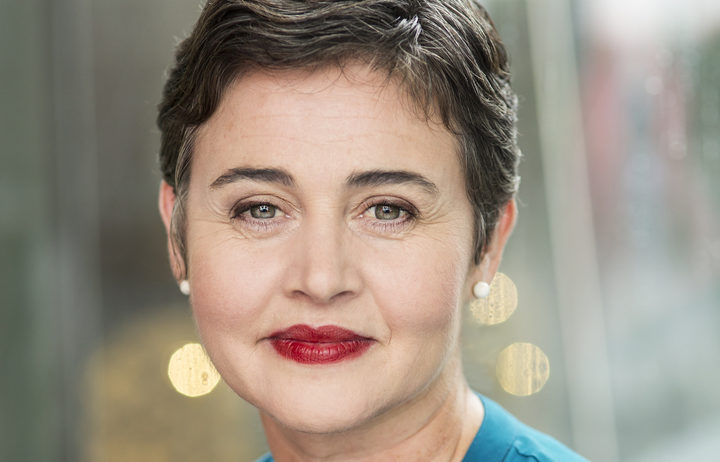 Jacqueline Coats current project is to bring The Barber of Seville alive for Capital E, with the hope of engaging with the next generation of opera fans.

She speaks to David Morriss about her favourite operas and why it’s important to engage with children. She also chooses five pieces that have had an influence on her career.

The Barber of Seville is part of the Capital E Festival. It’s on this Saturday 16th March and is suitable for those aged 7 and up.

The NZ National Youth Choir: Te Roopu Rangatahi Waiata o Aotearoa performed this piece in 1992. Jacqueline Coats was part of the choir at that time. “It’s fiendishly difficult to sing… but it’s so beautiful,” she says.

The spacious firmament on high from Noye's Fludde by Benjamin Britten

Britten is one of Jacqui’s favourite composers. She directed a production of Noye’s Fludde in 2014 for New Zealand Opera. She selected this piece because this is when the audience gets to join in and be part of the action by singing a hymn. “It’s an amazing piece of music-making that happens within a theatre environment,” she says. “It’s everyone being able to enjoy… and make music together in a room.”

Forester's Aria from The Cunning Little Vixen by Janáček

In 2009 Jacqueline directed The Cunning Little Vixen. “It’s one of those operas that you just get more and more out of the more you listen to it,” she says. Cunning Little Vixen - it was all the right people at the right time. It talks about nature and the way you’re born, go through your life and die, but your children come through. Life keeps on going. It’s a beautiful piece.

This duet appears at the end of Act One of the famous opera. Last year Jacqueline directed this work for New Zealand Opera. “When I got the great honour of directing… I had people coming up to say: ‘that’s my favourite opera, do not mess it up!’ So no pressure!” she laughs. In this scene she tried to create a very romantic moment, including introducing snow. “In the final tech rehearsals… it didn’t work. Then finally it did. Shivers went straight up my spine. It was a beautiful moment. It really moved me,” she says.

Overture from The Barber of Seville by Rossini

Jacqueline is currently directing this piece for New Zealand Opera for Capital E’s Festival. This version is condensed into 45 minutes and is in English. The opera is currently touring around the country into schools. In Wellington, it will be performed at Circa Theatre. “It’s bright and colourful, we were very influenced by pop-art,” she says. “There’s lots of slapstick. When I make things for primary school children there’s lots of movement – slapstick and dancing. Kids are engaged by movement on the stage.”