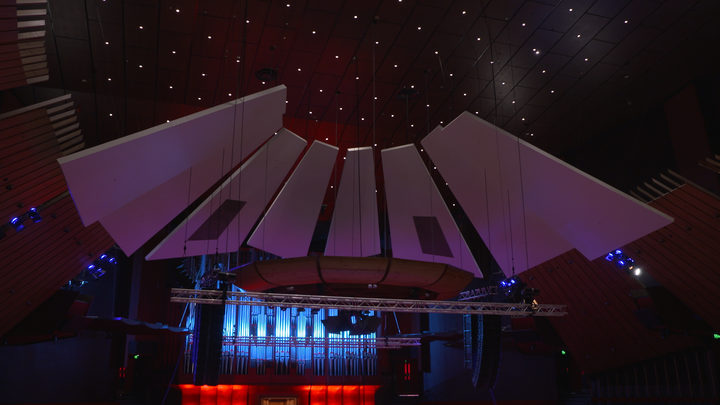 Shapeshifter and the CSO tonight give the first concert in the rebuilt Christchurch Town Hall. Zoe George talks with David Morriss about the significance of the event. Sir Harold Marshall discusses his design of the hall's world class acoustics. We hear performances and speeches from the opening concert on 30 September 1972.

Originally opened in 1972, the Christchurch Town Hall, with its 2500 seat main auditorium and pioneering acoustics was soon recognised as one of the top concert halls in New Zealand. 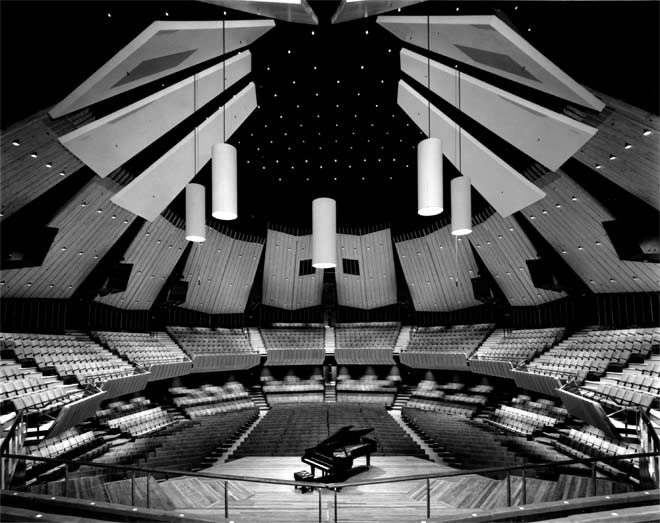 After the structural damage it sustained during the 2011 earthquakes there were questions over whether the building should or could be restored; the original blueprint for Christchurch’s redevelopment did not include the Town Hall.

But pressure from the public to retain the Town Hall, regarded worldwide as the birthplace of modern-day music hall acoustics, persuaded the council to commit to rebuilding it. The costs of the restoration blew out to $167 million, nearly one-third more than the original budget of $127.5 million but brings the Town Hall up to 100 percent of New Building Standard and includes the construction of a purpose-built facility for the Christchurch Symphony Orchestra (CSO), giving it a permanent home in the complex for the first time. 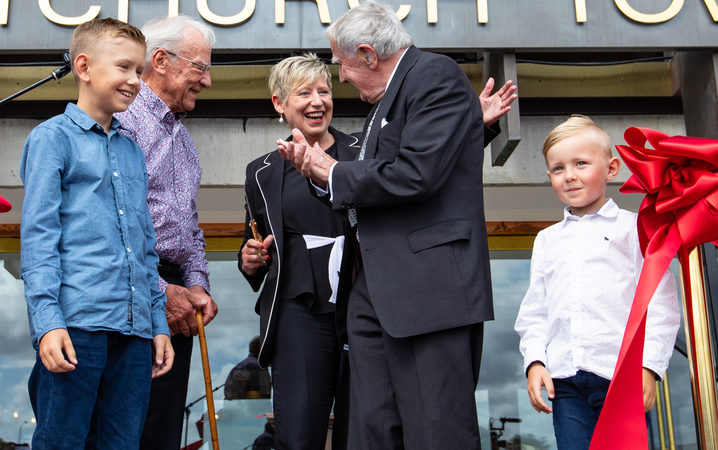 The man responsible for the acoustic design was Sir Harold Marshall, whose work on the Town Hall has had a major impact on concert hall acoustic design ever since. He realised the sound could be enhanced for every seat in the house if there were reflection panels on the sides of the auditorium and advised the architects on how to achieve that.

Sir Harold says he is very pleased the Christchurch Town Hall has been rebuilt instead of another new building being constructed. 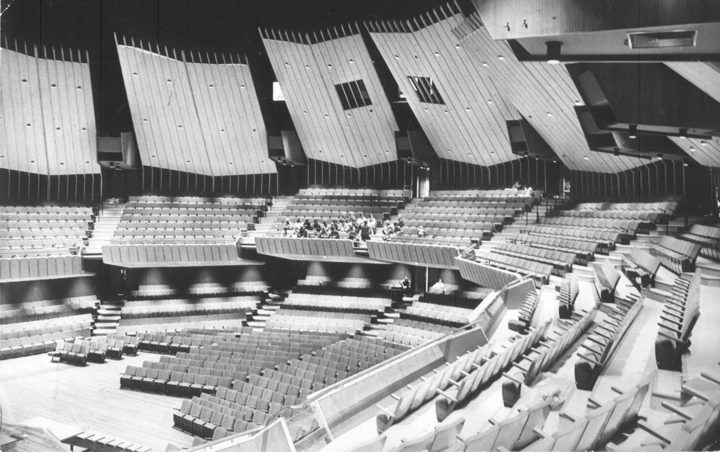 Sir Harold went on to found Marshall Day Acoustics, a world leading company which has advised on major new performance venues including the Guangzhou Opera House in collaboration with architect Zaha Hadid, and the Philharmonie de Paris working with Jean Nouvel. 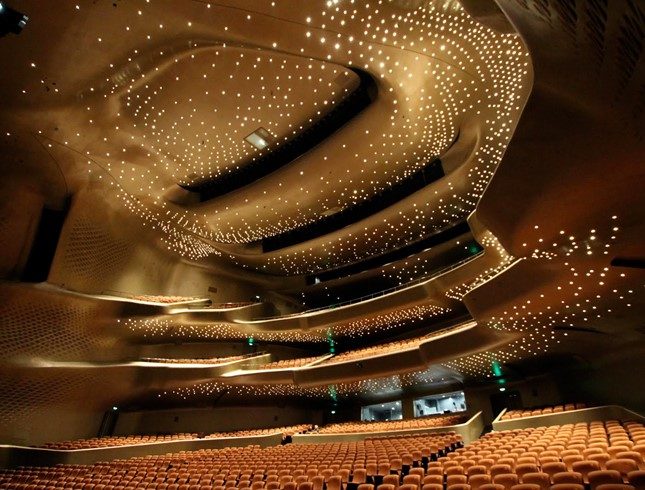 One of the very first international musicians who performed in the Christchurch Town Hall, in 1972, was visiting British violinist Alfredo Campoli. He was interviewed on-site after playing a gavotte by Bach and described the hall as first class, comparing it favourably with overseas halls. 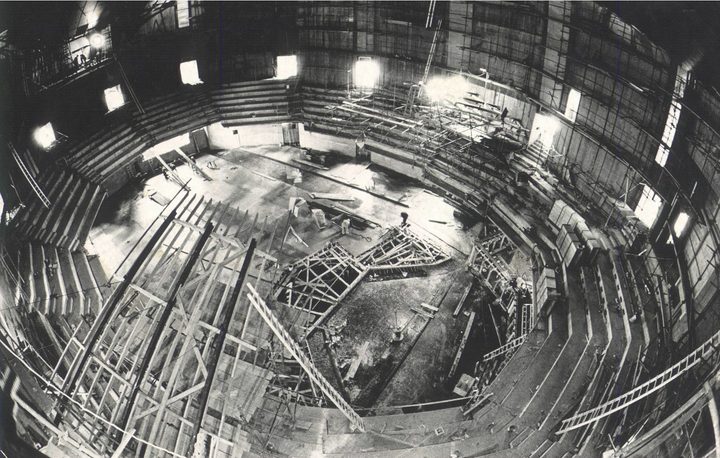 The official opening of the Christchurch Town Hall took place on the 30th of September 1972, in a live broadcast to the nation on Radio New Zealand.

The Mayor of Christchurch, Neville Pickering, spoke proudly about his belief in the longevity of the Town Hall, sited picturesquely on the banks of the Avon overlooking Victoria Square; those comments now have a poignant ring, given how close it came to being lost.

The original cost of the Town Hall was about $4 million when completely fitted out, equivalent to $51 million today. $500,000 was raised by public subscription and the remainder contributed by the regional Canterbury local bodies. One of the other contributors was philanthropist James Hay, whose name graces the James Hay Theatre within the Town Hall Complex. 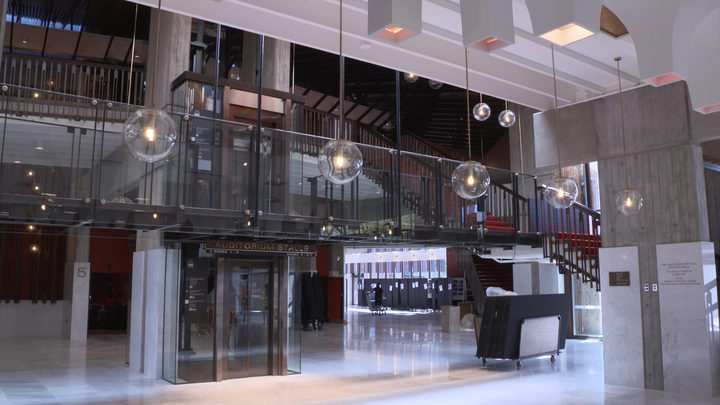 Tomorrow the Christchurch Symphony Orchestra gives the opening concert of the 2019 Lamb and Hayward Masterworks Series celebrating its return to the Christchurch Town Hall. Phoenix, by acclaimed composer Christopher Cree Brown, has been specially commissioned to commemorate the occasion. It will be broadcast live on RNZ Concert in Music Alive at 7.30pm.