Energetic young musicians from Porirua pour off a bus onto Wellington's Courtney Place. The excitement is palpable. It's the first time Virtuoso Strings will perform on the stage of Wellington's famous Opera House.

Carrying their instruments and wearing traditional Pacific floral garlands, the school-age children file down a graffiti-covered alleyway, and walk through the stage door for dress rehearsal.

The Grammy Award-winning bass was introduced as the orchestra’s patron at a concert in Wellington’s Opera House.

Lemalu called the orchestra “the future of New Zealand music” before launching into the Mozart arias he began his operatic career with.

Lemalu believes the performers have that “Kiwi attitude of not really knowing quite how good they are”, and that they’re on the cusp of really interesting things. 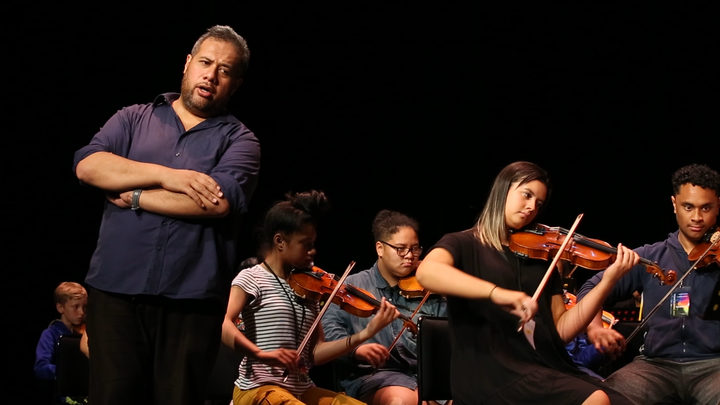 Growing up, Jonathan never thought to distinguish between classical music and other genres and he thinks that it’s the same with these young performers.

The New Zealand Samoan bass had a musical childhood. Just like many Pacific Island children he was exposed to music through church and at home. He nick-named his father the ‘Samoan Elvis’ because of his impersonations of the rock n’ roll star with the family band.

“I feel that a lot of the kids in this orchestra see this not as classical music – it’s just music. So maybe getting rid of the airs and graces and the reverence that we give this music and just see it, feel it, play it - simple.” 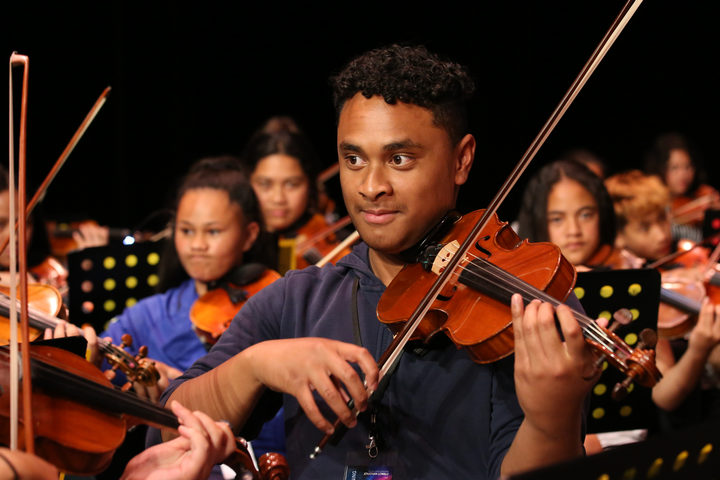 Programme Director Elizabeth Sneyd is thrilled Jonathan has come on board. She says, “he’s a strong role model and that’s hugely important”. Already some of the students have indicated plans to study music and law at university, following the pathway Jonathan has already paved.

Virtuoso Strings is based in Cannons Creek, Porirua but is open to everyone at no cost. It’s mainly an orchestra, but it’s also become a social movement with a vision to change the classical landscape in New Zealand. “We feel strongly that an orchestra should reflect New Zealand - socially, culturally, ethnically”, says Elizabeth. 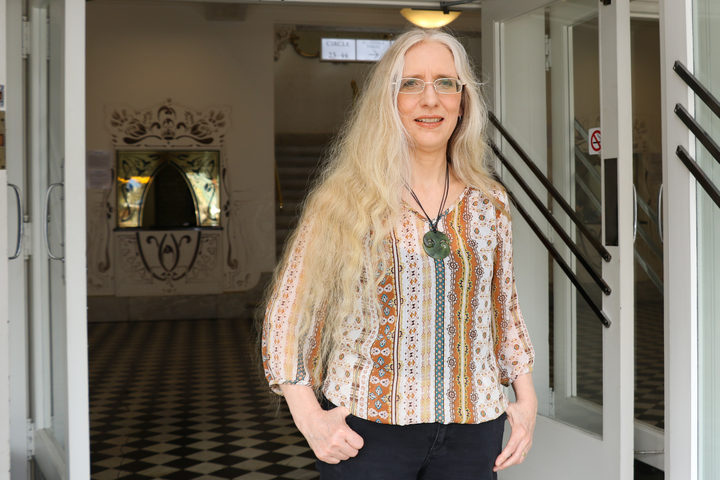 Lemalu is looking forward to providing advice and contacts to those who wish to keep progressing with their music. But even if they don’t aim for a professional career in music he still sees this orchestra as important for their development.

Lemalu can relate to these formative experiences. His own are stored in a “suitcase of memories” that he opens when he’s alone in an apartment working for weeks on end. These memories remind him where his love of music came from. And this love continues to inspire his performances all over the world. 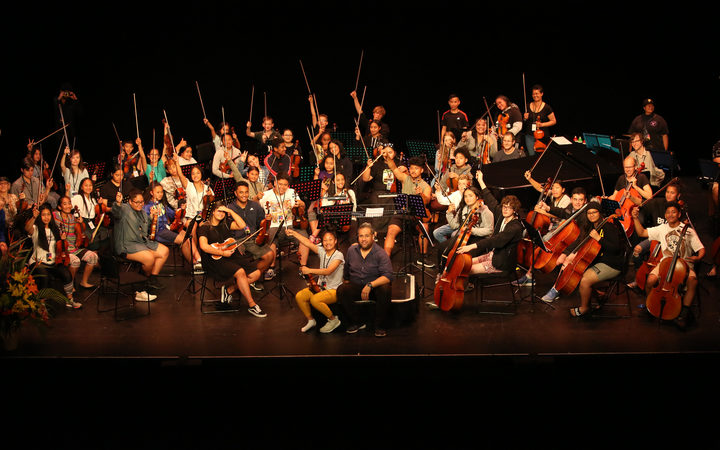