Artistic Director Jonathan Bielski has unveiled his 2019 Auckland Arts Festival run-down, his first complete programme since he assumed control of the event from former director Carla van Zon in November 2016.

A  major draw card will be the first visit to New Zealand of Komische Oper Berlin, which brings its contemporary interpretation of  Mozart's opera "The Magic Flute"  by Australian director Barrie Kosky and Suzanne Andrade from the innovative British performance company 1927. It features film animation interacting with live singers. Jonathan says that bringing the entire company to Auckland is a major commitment for the Festival. 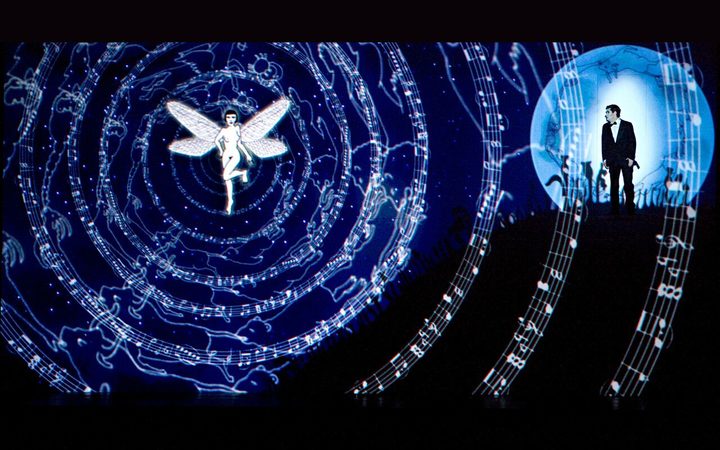 Visuals are key to the success of Kimisch Oper Berlin's production of "The Magic Flute"  Photo: Supplied / Iko Freese / drama-berlin.de

Another first time appearance will be by the award-winning Silkroad Ensemble who will perform their genre-defying music at Auckland Arts Festival for one night only. Founded by superstar cellist Yo-Yo Ma, the Silkroad Ensemble is a collective of virtuoso musicians from over 20 countries. The Ensemble performs throughout the world and has recorded seven albums. Its Grammy Award-winning album Sing Me Home was developed and recorded alongside the 2016 documentary feature about Silkroad, The Music of Strangers. 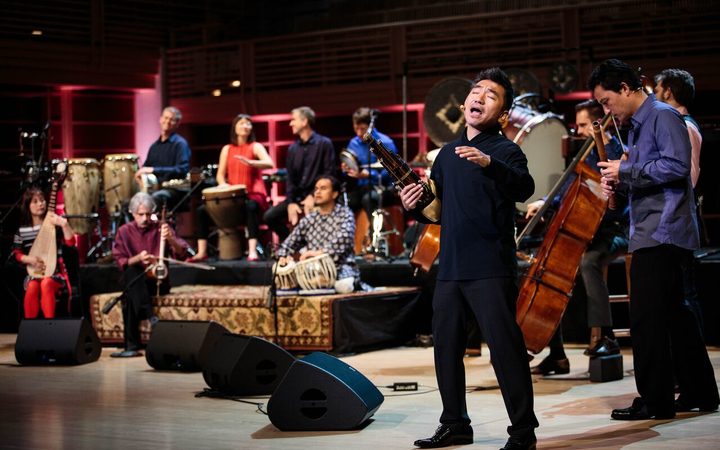 Another major event will be a rare performance of the 20th-century orchestral masterpiece Olivier Messiaen's "Turangalîla Symphony". Auckland Philharmonia Orchestra will be joined by musicians from Australian National Academy of Music (ANAM) to form a massive line-up of over 100 players and two soloists: Cynthia Millar the wold's finest ondes martenot player, and English innovative pianist Joanna MacGregor.

The players from ANAM will also work with the percussion section of the APO to give a performance of US composer Terry Riley's In C, considered one of the most influential works of the late 20th century. This special one-off show will be held in the Spiegeltent and Jonathan says it is a perfect Festival event.