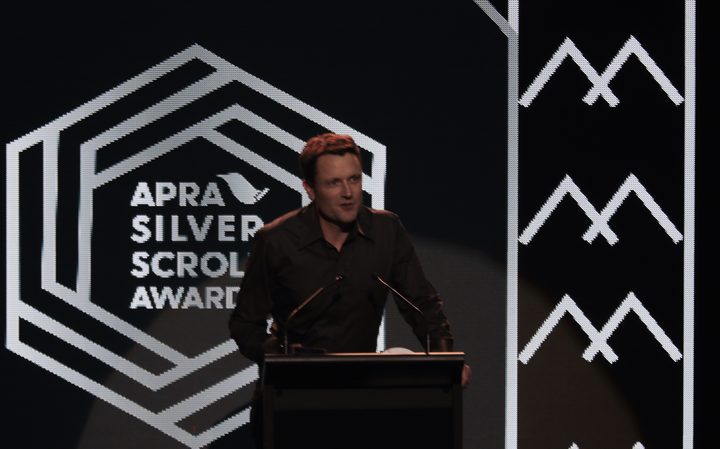 When Michael first heard the overtones in Tuvan throat singing as a teenager, he wasn’t quite sure what he was listening to.

“I couldn’t understand how a single person could make those freakish, unearthly sounds.”

Although voice doesn’t often appear in Michael’s music it was this unorthodox sound that inspired him to collaborate with Wellington throatsinger Jonny Marks, who usually puts his vocal techniques to use as vocalist of experimental band The All Seeing Hand.

“The richness of Jonny’s improvisational practice kickstarted the piece, and provided me with a great pool of material to work with. I discovered he had great pitch, could quickly switch between the different styles of throatsinging, and could pluck a seventh harmonic out of the air at will.”

And this is not something just anyone can do. Jonny spent two years in China and Mongolia mastering this ancient vocal technique. So if you’d like some tips:

Michael admits that when it came to music for throatsinging and western instruments there weren’t many other pieces out there to look to for guidance. As far as he knew nobody had done a concerto for throat singer and ensemble before so it felt he was exploring new ground.

Sygyt was re-imagined by Flo Wilson as a sound + video installation for the Silver Scroll Awards ceremony:

This is the second time Norris has won the SOUNZ Contemporary Award and the fifth time one of his works has made it to the finals. The winning work was selected by a judging panel of independent industry representatives including an international judge Annea Lockwood (USA/NZ) and New Zealanders Justine Cormack, Bridget Douglas, Ronan Tighe and Kenneth Young.

The other two 2018 SOUNZ Contemporary Award finalists were Rosie Langabeer for Occulmente; and Leonie Holmes for Dance of the Wintersmith.