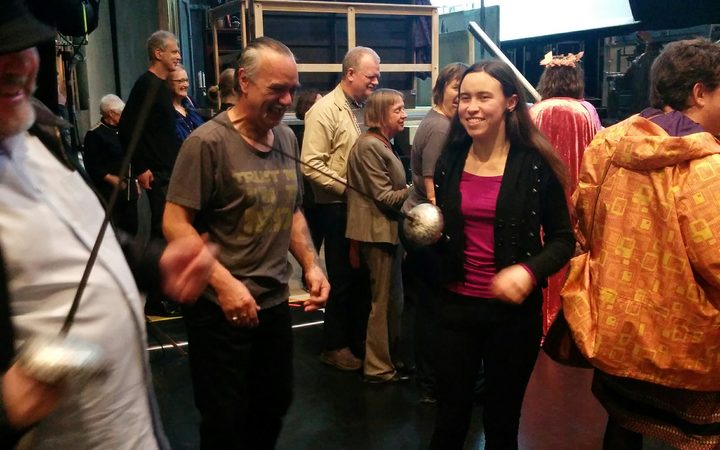 Áine gives the example of Auckland Arts Festival 2018 which increased its audiences to accessible events (for the blind, deaf, and neurodiverse communities) from 47 attendees in 2017 to 425 - a huge shift.

A flautist who has recently completed postgraduate studies at Auckland University, Áine now works as a policy and advocacy advisor for the Blind Foundation, focusing on the Access Matters campaign to introduce an Accessibility act for New Zealand.

Áine attended three audio described performances at Auckland Arts Festival this year - this is where blind people wear headphones and listen to a narrator describing the action on stage in between the dialogue or music. For instance, Auckland Theatre Company’s adaptation of George Orwell’s 1984 was audio-described. "In the unsettling world of 1984, where time takes on a life of its own, the description was a welcome anchor because I knew I was receiving the information sighted show-goers would be taking in visually", says Áine.

Some of the events also included touch tours. Áine explains: "In the case of the 1984 production, it not only included a touch tour of the props but the entire cast came out one by one and talked to the tour party, speaking as themselves as well as in character, and describing their costumes."

For the 546 Moons exhibition and performance series by art and music ensemble From Scratch at Te Uru Gallery in Titirangi there was a room specially set up to allow blind attendees to touch and play From Scratch’s unique percussive instruments, an experience Áine describes as “thrilling”.

At the recent Arts Access Awards held at parliament, Auckland Arts Festival was awarded the Creative New Zealand Arts For All Award, for its leadership and commitment to making the festival accessible.

Last year Áine wrote a very smart blog for Arts Access on the first audio-described ballet in New Zealand, Romeo and Juliet presented by Auckland Live and the Royal New Zealand Ballet with the APO.

“I could not have known,” she wrote, “what it would mean to attend a ballet with my mother: to experience the whole show, not just the music. It was an art form I had subconsciously assigned to the "unreachable" pile.

"When you were two," Mum reminded me fondly as we pulled out of the parking lot and headed for the motorway, "you could do all your arabesques, first position, second position, plié... I always wanted to take you to the ballet."

One issue that has upset Áine recently, as a University of Auckland School of Music alumna, was the handling of the School restructure and the axing of the Music and Dance library. One of Áine’s concerns - which she says was shared by many alumni - was that the university appeared to only look to meet the minimum requirements for consultation at the review stage of the restructure, and when a proposal was made it seemed to assume that the changes would only have a consultation-worthy effect on staff.

“If your teacher is going to be made redundant its huge,” Áine says, noting that many students studied at a university because of the particular instrumental teachers they wanted to work with. Áine was a student of Professor Uwe Grodd, whose position has recently been disestablished as a result of the restructure. “Keeping the restructuring proposal confidential and refusing to engage with student and alumni feedback I think is unjust, and I know a lot of others felt that way,” Áine explains.

Further, Áine pointed out that specialist libraries are more than just “a book repository”, they are “a place to go, a safe community space - certainly for me as a blind student... It was so reassuring to be able to ask the specialist librarians for help with anything from scanning a page for me so I could send the electronic copy to be transcribed, to finding a print CPE Bach score. I am frustrated that the university appear to be using accessibility concerns as a scapegoat in their library closure decisions.” Áine expands on this issue for the Daily Blog.

Turning to Áine’s own flute studies, a challenge for blind musicians, particularly instrumentalists says Áine is the memorising time. “You get more efficient at it the more you do it, but especially in the case of contemporary pieces, 6-minute-long studies and ensemble playing, it does eat out of your practice time. The transcription into Braille Music takes time also, which means that there’s a lot of follow-up involved on getting yourself music when you need it”. 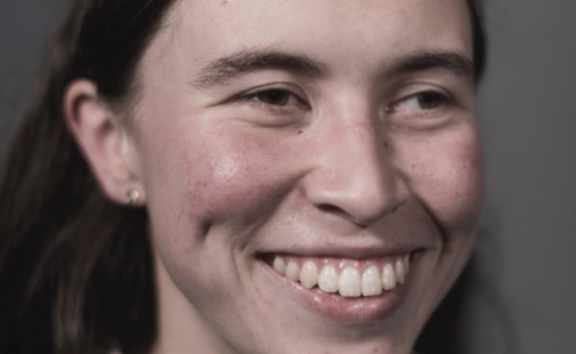 Braille music, says Áine, is invaluable for many blind musicians. "Teaching it to school-age students in particular can open doors for them later. Once a month I help out at a Music School programme out at the Homai School in Manurewa, which brings blind students together to engage with music in accessible ways, through dance, choir, Braille music classes and afternoon electives. It was through that same programme that I was taught Braille Music.”

Repositories of Braille Music New Zealanders can access are also growing, but currently due to copyright laws, most transcribed work from overseas is not available.

A huge difference will be felt with proposed legislative changes, as announced in June last year, that will see New Zealand join the Marrakesh Treaty to Facilitate Access to published Works for Persons Who Are Blind, Visually Impaired or Otherwise Print Disabled.

A prolific writer nonetheless, Áine has written for websites including The Spinoff and The Daily Blog, and written a beautiful blog about her identity for you to read on the Arts Access Advocates website.