The Wellington Jazz Festival has attracted a few big names this year, but there’s also a few artists that are flying under the radar. RNZ Concert’s resident jazz-man Nick Tipping gives us his five faves from artists that you shouldn’t miss. 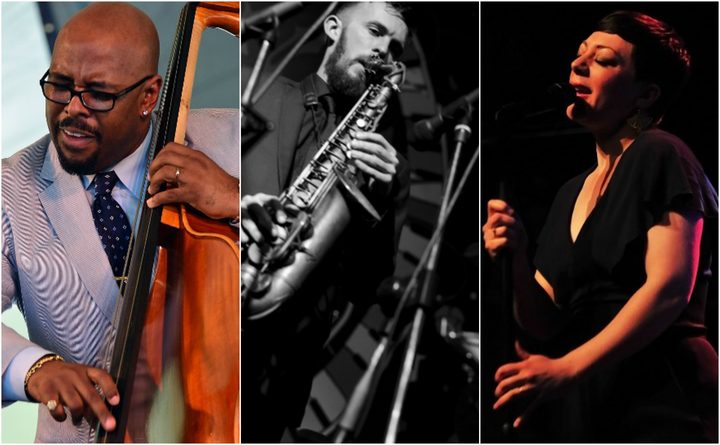 McBride opens the Jazz Festival at the Opera House on Wednesday 6 June. Nick says this is his number 1 highlight for the festival because Christian McBride is the quintessential bass player and one of the most influential figures in jazz. One of Nick’s favourite pieces written and performed by McBride is “McThing” (played below by McBride with the Benny Green Trio).

Coming in at a close second is LA-born, Grammy-nominated singer Gretchen Parlato. This is her first NZ appearance and she and her four piece band will be playing a set of bossa-nova at the Opera House on 8 June. Nick says Gretchen has incredible musicality. He’s performed “Weak” previously and says it’s very hard to play!

John Beasley’s Monk’estra has been described by The Times as “extraordinary”, bringing alive the spirit of revolutionary pianist Thelonious Monk – the inspiration behind the band. John Beasley is an acclaimed pianist, and has recorded two albums with the Monk’estra- the second of which features NZ bass player Ben Shepherd. They play on June 9 at the Opera House.  “Criss Cross” is a favourite tune of Nick’s.

A number of talented local acts also take to the stage, among them is swinging jazz pianist and composer Anita Schwabe and her quartet. She’s performing in a free concert at St Peter’s on Willis Street on Friday 8 June. Nick’s favourite tune of Schwabe’s is “Springtide”. Below is another Schwabe original, “Anger Management”.

It can’t be a Wellington Jazz Festival without Wellington’s almost ubiquitous saxophonist Jake Baxendale. He and his band (including Nick on bass) is part of the Rogue Classic Albums Live series. They bring alive Charles Mingus’ acclaimed album Black Saint and the Sinner Lady from 1963 on Thursday 7 June- including this track, “Duet Solo Dances”.