Argentinian pianist Ingrid Fliter is one of the world’s pre-eminent Chopin interpreters, but on Thursday she’ll be performing Mendelssohn with the Auckland Philharmonia Orchestra.

As well as being a Silver Medal winner at the 2000 International Chopin Competition, Ingrid was the fourth recipient of the Gilmore Artist Award, placing her in the company of pianists such as Leif Ove Andsnes and Piotr Anderszewski. 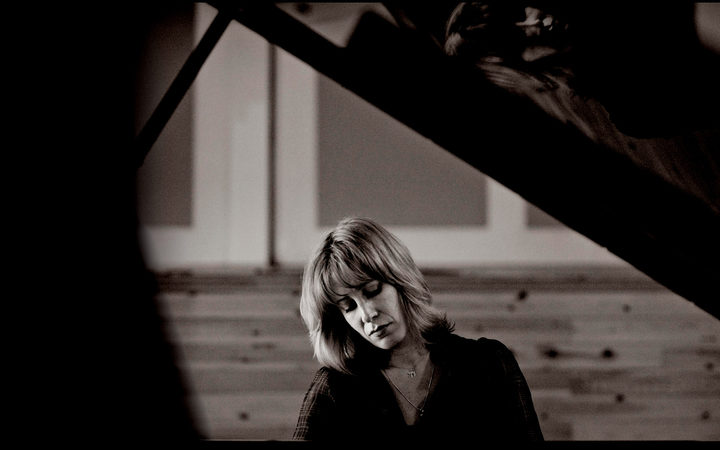 According to London’s Daily Telegraph, “Part of her secret is simply a wondrous ability to float a melody over a supporting left hand with perfect grace... the intelligence and passion of her playing are beyond dispute.”

Ingrid Fliter talks to Upbeat about some her favourite pieces of music, and her life as an international concert pianist.

This is a beautiful piece which helped Ingrid discover the importance of Schumann and Dieskau for pianists, from breathing, to pronunciation, vowels and length of notes.  When Ingrid discovered this piece she spent “day and night breathing and living that music 24 hours a day”. She likes to sing along when she’s listening to it by herself.

Conducted by Leonard Bernstein with the Vienna Philharmonic Orchestra

Ingrid says you have to see this video because of the style in which Bernstein conducts, using his eyebrows and smiles. He doesn’t use his arms at all. “He’s so inspiring,” Ingrid says. “He’s one of my biggest idols … and Haydn as well.”

Conducted by Leonard Bernstein with the Vienna Philharmonic Orchestra

Ingrid describes Mahler as the philosopher of music and this symphony in particular has a special vibe for her. “It feels like a hug that makes me feel that we belong to something bigger than us,” she says. “It creates deep emotion.”

This has a deeper meaning for Ingrid. “In this busy life … you’re running against time … against the clock. You forget to save some space to listen to something that really means the world to you,” she says.  “There’s deep intimacy and understanding of how lucky we are to access this music. “

Performed by Claudio Abbado with the Lucerne Festival Orchestra

This is part of the Mozart Requiem. It’s something dear to Ingrid’s heart. She first discovered this tune in the film Amadeus when she was seven. She loved the film so much she learned the entire film my heart. “Mozart is one of the composers I would bring on the eternal journey if I could,” she says.