Jordi Savall is taking the audience time travelling during the New Zealand Festival.

Savall says music is a time machine, capable of transcending cultures, continents and history. He’s hoping to achieve that when he performs with his ensemble Hespèrion XXI and the Mexican Tembembe Ensamble Continuo, performing a programme called Folías Antiguas y Criollas, or From the Ancient World to the New World on February 24. 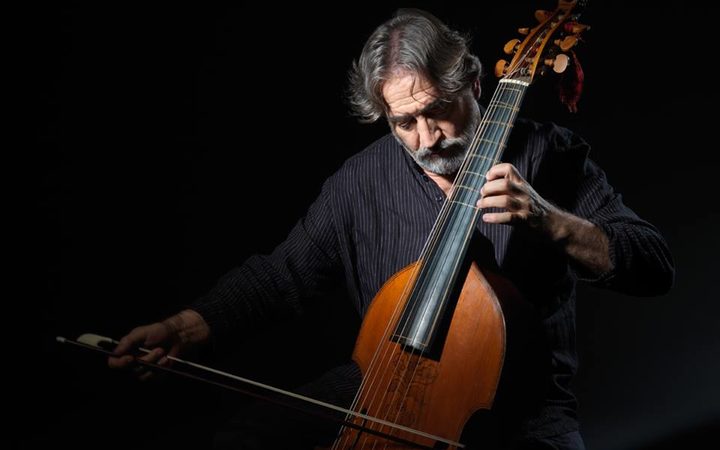 The cellist turned viol player bridges the gap between old and new through thrumming melodies and infectious rhythms of conquistador Spain and the folk traditions of Latin America.

Originally it was thought that this early music – which Savall spent more than 10 years hunting out – was not meant to be played with emotion. But he says emotion is what music is all about. “Any music from any time uses human emotion to submit beauty and to explain emotions,” he says.

He hopes the audience at the NZ Festival will be transported back to the 17th century to feel the same emotions of those who were part of the audience back then. “The capacity of music … [it’s an] incredible time machine. We can travel to different continents and culture and also through time,” he says.

Although he’s only here in New Zealand for a fleeting moment, Savall says it’s important to hold onto the memory of music and enjoy the experience. “Music exists in the moment that we sing and we play,” he says. “[Memory is]… one of the most powerful things in the human lives.

Jordi Savall with Hespèrion XXI and the Mexican Tembembe Ensamble Continuo performing Folías Antiguas y Criollas, or From the Ancient World to the New World on February 24 at the Michael Fowler Centre as part of the New Zealand Festival.