Lucy Lawless: 'I’m more of an activist than an artist'

Lucy Lawless is used to putting her body on the line as an actor and as an activist.

She was put through her paces in Xena and took her body to the front line for Greenpeace protesting oil exploration in the Arctic. Now, she’s putting her body on the line for a different cause.

Lawless plays hedonistic diva Sappho. She says the show has an element of activism in it.

“This [show] has two gay love stories and audiences have been positive about it,” she says. “It’s not a show about gay people for gay people … it’s for their parents.

“This is what romance looks like in the gay world. It’s not scary, it’s beautiful.”

To tell important stories, whether it’s on stage or 53 meters up on an oil rig, the most important thing for Lawless is to turn up.

“These days I’m … more of an activist than an artist. Unless I care about something I can’t really excel at it.” 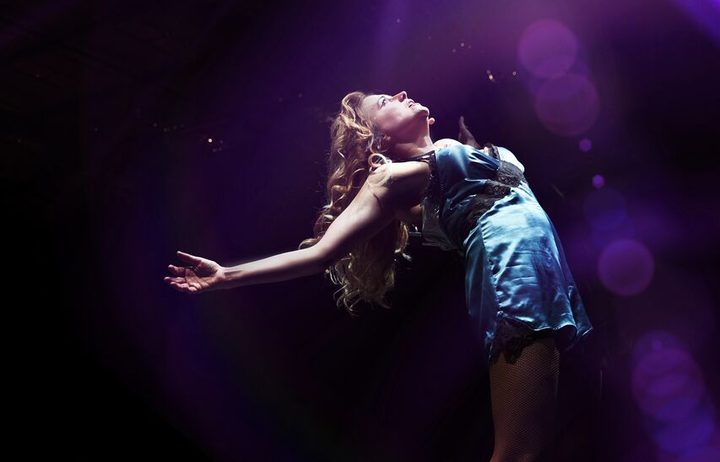 Indeed, activism is at the Kiwi actor’s core.

It makes up a large part of who she is and her career. Environmental issues have been a huge part of her advocacy and so have LGBTQI+ rights.

In the 1980s immersive-theatre experience Pleasuredome, on in Auckland until Christmas, Lawless shows the world what love is like for the LGBTQI+ community.

The show has received mixed reviews. Lawless doesn’t read them even though she admits that she tried to get out of the project a few times.

Regardless of the critics, Lawless thinks art doesn’t necessarily have to be about anything in particular.

“Sometimes the message is beauty … celebration. It doesn’t have to be to service someone’s agenda.”

Lawless has been fortunate to make a living from creating art. She’s now employing other creatives on projects including Pleasuredome.

She’s glad to hear the Labour Government is addressing the Hobbit Law.

Proper pay, not just for creatives, is important to Lawless. She proposes a living wage for everyone.

“Minimum wage… especially in America is not acceptable. They can’t live off that,” she says. “It’s not respectful… I don’t mind having less so that I have loyal committed happy employees. You have a better work environment… it's good for society.”

It’s not only pay that those in the industry have to worry about. It’s only been a few months since stories of sexual misconduct in Hollywood have appeared. It started with Harvey Weinstein.

“I never met the man. I never moved in those circles,” Lawless says. “I’m super grateful … I think it means a good cleanout and [it’s] long overdue.”

Change will continue to happen in and out of the industry, but Lawless wants to continue the good fight.

She has a clear idea what she wants her legacy to be.

“The activism, you want to be part of some good change … but show business? I don’t care.”